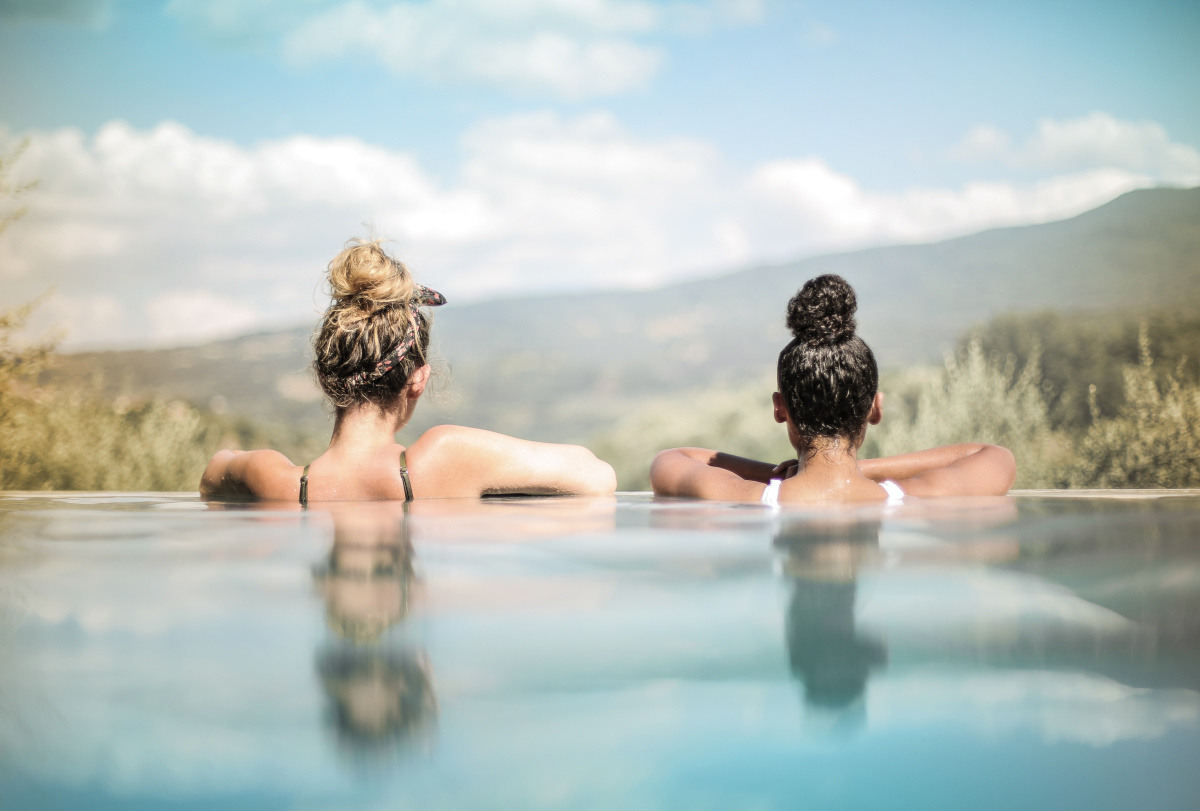 It started with Barbie and Ken as it often did in those days. I brought my new Dawn doll to the party, and the little bitch made a move on Ken, so Amy, my BFF tossed her aside.

Ken would choose Barbie over Dawn because her boobies were bigger and that’s how that worked.

Amy stripped Barbie and Ken of their homemade clothes — we couldn’t afford the store-bought kind — and inserted Ken between Barbie’s slender legs.

It was an anatomy lesson without anatomy. It seemed to me that things were missing, but who was I to question? Amy was a worldly girl and knew better than me.

Later, in a dark little bathroom with the door locked, Amy explained to me what a period was. She dropped her corduroys and pointed to her clitoris.

“When this thing falls off, that’s what your period is.”

I lived in terror of this for years.

In the sixth grade hallway, a few of us gathered in the girl’s restroom. Jessica stood in front of the mirror admiring her breasts in a tight red sweater. “I’m a 36C.”

Those of us still in training bras, slumped our shoulders and lowered our eyes.

Rachel outdid Jessica by telling us all about the cute boy who held her down and did it to her.

We listened with prurient interest, equal parts impressed and horrified.

I was in the tenth grade when Tanya moved in next door, rocking our rural neighborhood with her tight-legged jeans, tall black boots, and D.C. attitude. She’d been sent to the west coast to live with her aunt and uncle — exiled from home for bad behavior — and to give her mother the space she needed to land a rich Iranian husband.

Tanya loved to tell stories of her big city life, especially the parties, and the boys. There was a girl who sat behind her in class, and asked every morning, in her east coast accent, “Do you have any gum or candy?” On Monday mornings the same girl would ask, “Did you get wasted? Did you get laid?”

Tanya started asking me the same questions every Monday while we waited in the ditch for the school bus, our hands over our teased hair to protect it from the rain.

Wanting to impress the coolest girl I knew, I cheerfully answered yes, to the first question. As for the second one, I disappointed her every time.

I had no idea how one goes about getting laid. Chubby, shy, and a victim of Catholicism and the Cinderella syndrome I was waiting for Prince Charming to sweep me off my feet. I had yet to learn that fairy tale endings only exist in romance novels — which I loved then, as I do now.

After a few months of getting wasted and getting laid, Tanya was allowed to return home to meet her new stepfather and rejoin the family. Last I heard, she married a rich Iranian man.

It was a rite of passage in our area to drive forty minutes to the big city, to a dance club for those over eighteen but under twenty-one. I went with three other girls, all more worldly than me.

There was Michelle, who was responsible enough to borrow her mother’s car, and resourceful enough to acquire wine coolers. And Cheri, who had the face of a cheerleader and dressed like an honor roll student, but swore like a sailor and drank like a soldier on leave. Alex was the exhibitionist. She’d drop her pants and pee in front of anyone — even her brother. That night, we all watched as Alex stripped off her jeans and zipped her curvy, nude body into a skin-tight jumpsuit. I was the virgin in Levi’s and a hand-knit sweater that matched the one my mother once made for Barbie.

We drank, we danced, we claimed the boys who caught our interest — or they claimed us. I ended up with Joe, a skinny guy with a stutter. I can’t remember now, if he had any appealing qualities, aside from his interest in me. When he asked for my number, I danced as if I’d won the lottery.

On the drive home, the four of us compared notes. Talk turned to past conquests. The girls bragged about the boys they’d been with. I was the only one without a story to tell.

I took a chance and confessed to my virginal state.

The mood changed as each girl told her first-time story. They expressed regret over sexual experiences they’d bragged about only moments before. They envied me for having waited. I still had a chance to make my first time special. My Prince Charming might be waiting right around the corner…

For several more years, I clung to my virginity, as if my vagina were Grandma’s fine china — once broken it could never be repaired.

I can’t say I regret waiting. Regret is a waste of time, and it worked out all right. My husband isn’t Prince Charming but he’s a good man and I’m glad he’s mine.

What I do wish, is that I could go back and tell my younger self, as well as my friends, that virginity is not a precious object to be protected, or given away. Waiting didn’t make me any better than anyone else, and my first time was not amazing — though a lifetime with the man I love has been. Most of all I wish we could debunk the myth of the ‘good girl’ as one who is non-sexual, or who saves ‘it’ for the love of her life.

As Annie, in Bull Durham once said, “Honey, we all deserve to wear white.”

10 Barbies Every Millennial Girl Will Not Only Relate To, But Totally Adore

An Adult’s Guide To Playing With Dolls