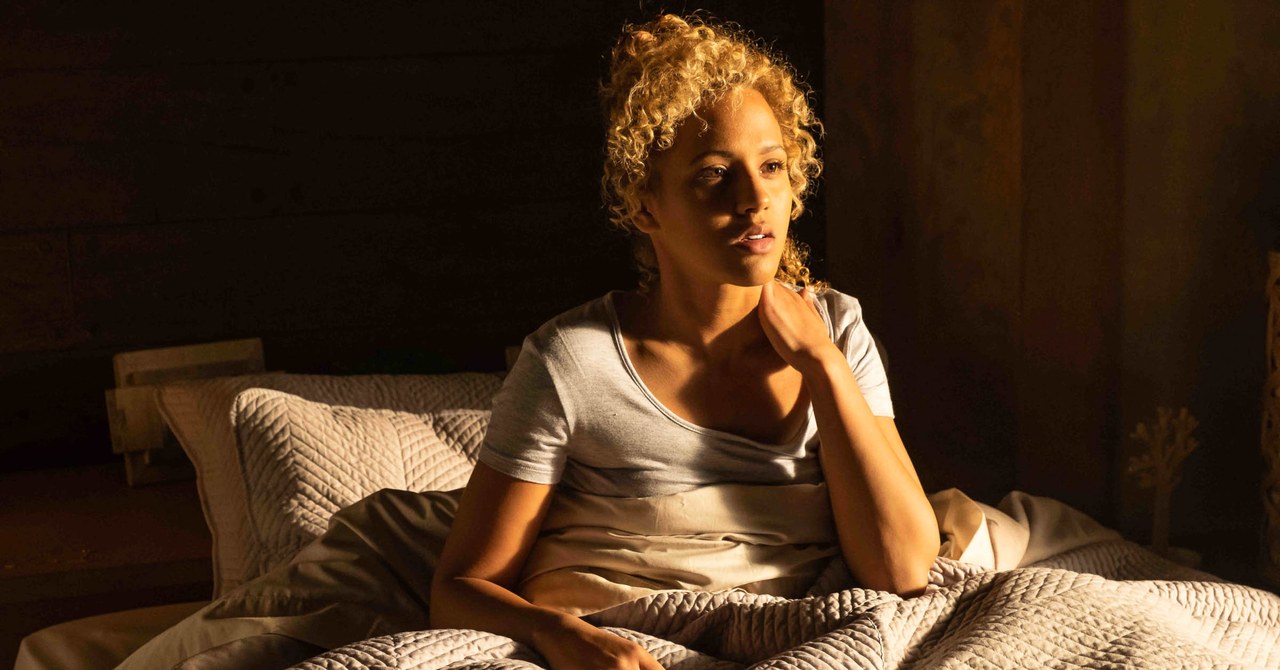 Watching Hulu’s latest science fiction drama, Utopia Falls, feels like tripping headfirst into the young adult shelf at your local bookstore. The heroes are teens—spunky, rebellious teens even. They live in a futuristic utopia (or is it a dystopia?). The entirety of their short lives has been leading up to this moment, which is a sort of selection process, a great sorting. The Chosen Ones are then thrust into a competition their whole world will watch. It’s a great honor to be chosen. Everyone says so. That is, until the teens begin to doubt the premise of the game and the society that conceived it. Eventually, they must rebel. Except this time, the revolution is hip-hop.

Related Stories
Hogwarts and All
The Internet Made Dumbledore Gay

Books
Margaret Atwood's The Testaments Is Done With Handmaids

Utopia Falls is a little bit Hunger Games and a little bit American Idol. To locate it even more precisely within the genre, the show is exactly what it would be like if Panem’s politely grim District 13 put on an annual talent show. Every year in the city of New Babyl, the last living colony on a postapocalyptic Earth, a handful of musically gifted 16-year-olds are chosen to represent their districts in a competition called The Exemplar. The acceptable forms of talent are limited: a modern dance/ballet hybrid, or big showy ballads about how grateful they are to their founder, who led citizens to New Babyl after a tech-fomented disaster they refer to as “the Great Flash.”

Everyone sticks to the program until two of the Exemplars stumble upon a mysterious archive of forbidden, ancient information. From the first rhyme—It was all a dream, I used to read Word Up! magazine—they’re entranced by hip-hop. The archive, which is voiced by none other than Snoop Dogg himself, is only too happy to continue their musical education. When they try to bring their newfound passion to the Exemplar competition, they find themselves dissidents. “We embrace diversity. It’s our strength,” the flamboyantly villain-haired Authority Phydra tells them. “But personal expression is something else. It fosters disharmony.”

Hulu touts Utopia Falls as “the first-ever sci-fi hip-hop television series.” That’s more than likely true. Everything about the show suggests great ambition. It might have the ingredients of Hunger Games or Divergent, but it also aims to be something different—something a bit more nuanced than the standard YA story. It’s very high-concept: Its themes bounce from censorship to racism and classism to diversity to criminal justice reform to expression and art to dissention and protest. It has over a dozen named characters, two love triangles, two major parental identity twists, and a musical’s worth of songs and choreography packed into 10 episodes, and it all (almost) makes sense.

If you’re over the age of 13, you’ll probably find that, at times, Utopia Falls is fondue-pot levels of cheesy. Sometimes it’s so sincere it hurts. It doesn’t let you infer that free expression and self celebration is freedom in a society that prizes conformist harmony—it just tells you so. The show’s other struggle (besides the actors’ uneven ability to deliver campy dialog in a believable fashion) is its speed-blurred world-building. There’s an awful lot of throat clearing in the first episode, but you’re still left with questions. Exactly when is this? What are the rules? Fashion seems to be forbidden, but home decoration is not, and the Authorities are allowed pompadours that would make Snooki jealous. Why is hip-hop banned when other forms of music and dance aren’t just permitted but are central to New Babyl’s culture?

Still, there’s a lot that’s smart and interesting in between whiffs of confusion and fromage. Snoop Dogg manages to be extra charming even as a disembodied voice and is a nice tonal counterweight to the ultra-serious teenagers. In general, the actors are very successful in reacting to hip-hop like aliens who have just landed on Earth. While it’s not initially clear why hip-hop is unlawful, it is an excellent choice as Utopia Falls’ musical centerpiece. Its beats are immediately infectious and a joy to move to, and the characters’ happiness in hearing it seems so real you might find it jumping through the screen. Its messages—the yearning, the highs and lows of success, oppression, rebellion—suit the show and its genre perfectly. After the glossy stiffness of New Babyl, some Biggie and Kendrick Lamar is everything the characters and viewers could want. (That said, if you don’t already enjoy hip-hop, this one isn’t for you.)

Despite the familiar premise, Utopia Falls manages to stand out in a crowded genre. So often teen science fiction and YA novels reward straight, white characters for their physical prowess or feats of extraordinary violence. The stakes of Utopia Falls are much more subtle: New Babyl is peaceful, its citizens (besides those in the quasi-penal colony, Reform Sector) are equal, no one goes hungry. That’s a far cry from a society that throws its children into gladiatorial contests or makes them run through deadly mazes. Still, it’s stifling and needs to change. On top of its nuance, the cast is diverse, it features a nontoxic queer romance in which nobody dies, and its characters’ major victories are peaceful protests like sit-ins and subversive songs and dances. The Exemplars are an artistic movement for the people, not a righteous band of teenage cutthroats. Their revolution is welcome.