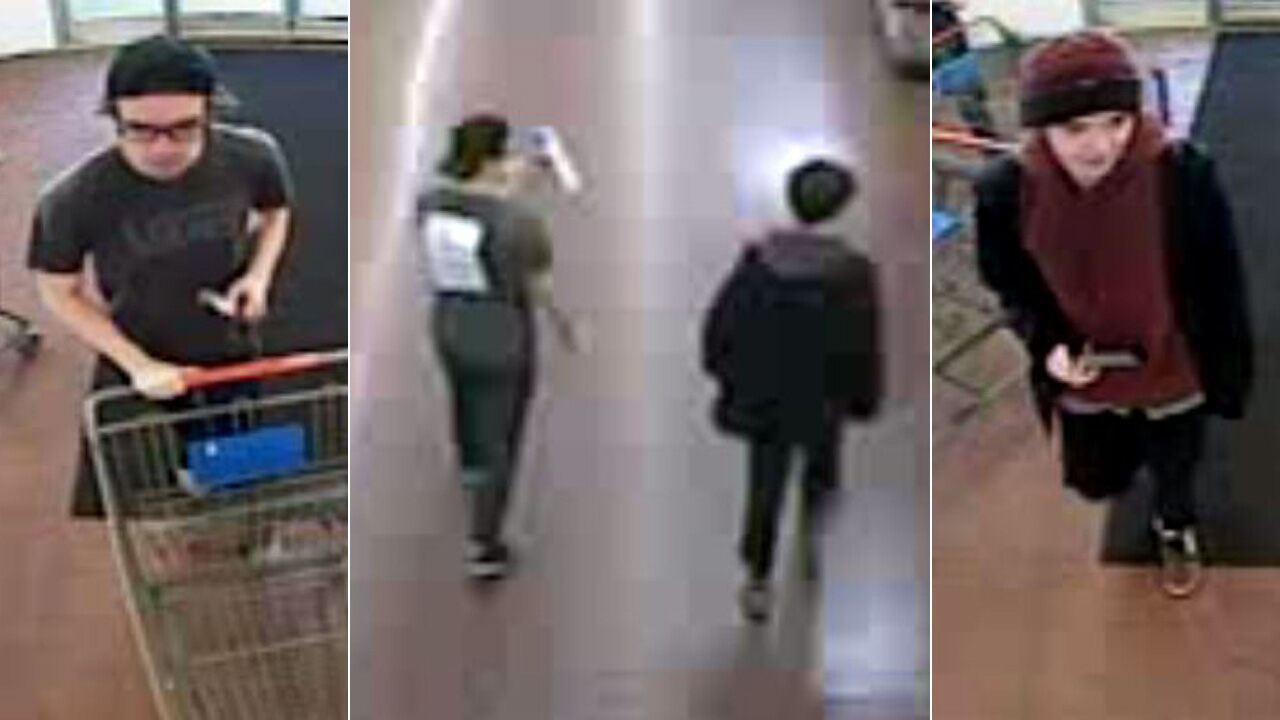 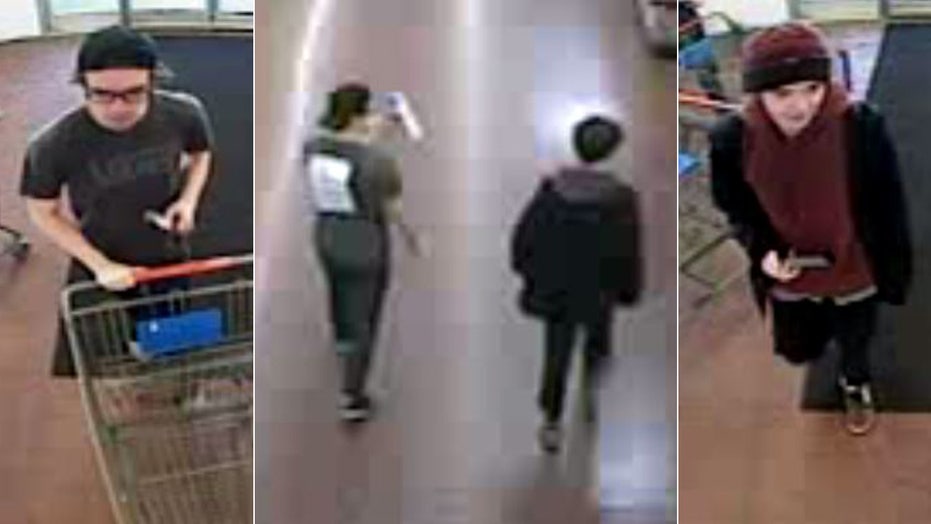 The individual who spray the substance, which was later identified as Lysol, wore a yellow medical mask and was seen with a handmade sign fashioned to his back that read “Caution I have the Coronavirus.”  (Joliet Police Department)

Walmart employees told police that an estimated $7,300 worth of produce was lost as a result and the cleanup will cost over $2,400.

The suspects, believed to be in their 20s, were last seen leaving in a white 2003 GMC Yukon registered in Oswego.

Police did not say what charges, if any, the two men would face but asked that anyone with information to contact them at (815) 724-3020.

Sunday’s incident isn’t the first time someone has incited fear over the coronavirus outbreak, which has claimed nearly 500 lives and infected nearly 25,000 people worldwide to date.

An airline passenger traveling from Toronto to Jamaica was arrested Monday after making an “unfounded claim” that he was infected with the coronavirus after a recent trip to the Hunan province in China. The man reportedly defended himself saying it was just a prank.