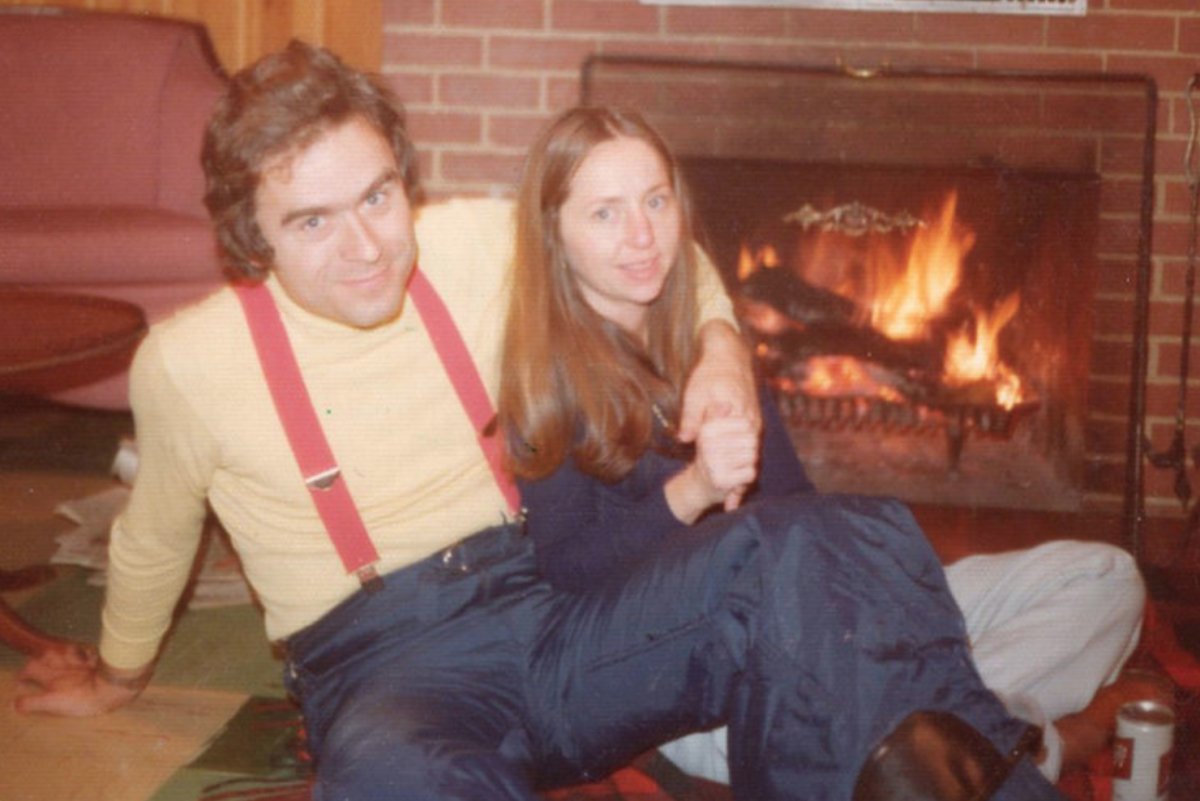 Like most true crime fans I still don’t have Ted Bundy fatigue. Even though we’ve seen a deluge of Bundy content, I’m still waiting for the thing that’s going to explain how convinced so many people he was just an ordinary person, and what made him so sick in the first place. At least two of the recent additions have been a turn down a new direction for fans of the genre — telling his story through the eyes of the women around him. 2019’s featured Zac Effron as Bundy, but Lily Collins as his long suffering girlfriend stole the show. The newest addition to Bundy documentaries now streaming on Prime takes a similar track.

From 1969 to sometime around 1974 when she finally became convinced of his guilt, a woman named Elizabeth Kendall and her daughter from a previous relationship, Molly (both pseudonyms), lived with and loved Ted Bundy. Elizabeth chronicled the relationship in her memoir published in 1981 titled . Much of it was used to create the new documentary , now streaming on Prime. Here’s the trailer:

If you’re interested in the story, I’ve collected the most interested parts of for discussion here. Kendall is a fantastic writer and though it was written almost 40 years ago, hearing her talk about struggling with her relationship, being a single mom, and trying to build a life for herself is relatable and relevant. Here’s what I learned:

[*] The main piece of new information in this documentary comes from Molly Kendall’s afterwards in the new edition of her mom’s book. She has never spoken publicly before.

[*] In the short afterward, Molly describes Ted as someone she trusted who became more and more frightening as she grew up. Once while she was swimming in a river he pushed a raft farther and farther away from her until she gave up and swam to shore, almost drowning while he watched.

[*] Molly writes that Ted was an expert level gaslighter who would do things like push her onto some pavement or toss a football full force into her face and then pretend as if they were accidents or hadn’t happened. Neither Molly nor her mother Liz trusted their own feelings as a result of Ted’s gaslighting.

[*] Ted was conservative and wanted both Molly and Liz in dresses.

[*] When it came out that Seattle police were looking for a “Ted” who drove a Volkswagon in connection with two missing women, she remembers teasing Ted that it must be him. At first, she completely believed in Ted’s innocence.

[*] Once both Liz and Molly witnessed Ted chasing down a purse snatcher while they were at the mall. He was given an award for his service by the Seattle Police Department.

[*] She describes him getting undressed while they played hide and seek and climbing into her bed with an erect, uncovered penis to read her a book. Later, she felt that he had ejaculated in her bed.

[*] Describing this photo of Christmas at her grandparents home in Utah, Molly says she was “uncomfortable and confused” because the night before Ted had taken photos of her nude in her bath while she protested.

[*] At the very end, after Liz and Ted had decided not to maintain contact, Ted escaped from jail a second time and went on a murder spree in Florida. Before he was caught he also killed 12-year-old Kimberly Leach. His youngest known and last victim who was the same age as Molly at the time of the murder.

[*] This also provides fodder for true crime readers who believe that Bundy may have started killing in his own childhood. There have long been questions about whether Ted could have been involved in the disappearance of an 8-year old girl, Ann Marie Burr, from his neighborhood when he was 14.

[*] During his trial for the rape and murder of Kimberly Leach, Ted used a lesser known law to legally marry his girlfriend while he questioned her on the stand. Molly considers this a deeply disturbing moment that shows how remorseless Bundy was.

[*] Molly says that she has moved on from trying to understand Bundy.

[*] Elizabeth moved to Seattle from Utah with her young daughter to start a new life after her divorce (not as common at the time). She met Ted the first night she went out dancing at a bar. They spent the night together (Molly slept on the couch in their one-bedroom apartment) and became an item. Elizabeth’s family was more affluent than Ted’s, and she generally paid for things as she had a steady job and Ted was a student. She never sent him money when he was in jail or on the run, however.

[*] Elizabeth met Ted’s family and his mother and her husband appeared normal and perfectly loving. Kendall knew Ted was hung up on his illegitimate birth but he participated in his mother’s wedding at the age of 5 and she insists it was never a secret she kept from him.

[*] The couple reluctantly had an abortion when Elizabeth became pregnant while Ted was planning to leave Seattle to begin law school.

[*] When Elizabeth asked if she should follow Ted from Seattle to Utah for law school he responded, “you can come if you want.”

[*] Elizabeth first suspected Ted may be a murderer when one of her coworkers handed her a Seattle paper with one of the “Ted” drawings made after he abducted two women back to back from a public beach on a single summer afternoon. She thought it looked and sounded like Ted, but the suspect’s Volkswagen was a different color.

[*] According to Liz’s recollection, Ted was always calm when they fought whereas she was the emotional one. (Good to remember here that Ted was gaslighting her constantly so she’d been conditioned to elevate his qualities and downplay her own). She struggled a lot to come to terms with “betraying” him by telling the police that she had noticed how well her boyfriend matched the description of a murderer and worried she was “just crazy”.

[*] Ted was violent with her only once, when he slapped her during an argument after she goaded him. Though, later on Elizabeth recalls at least two instances where Ted at least toyed with the idea of killing her — once where he tried to burn her apartment down.

[*] Ted wanted to try bondage. They did it a few times and stopped because Elizabeth didn’t enjoy it.

[*] Elizabeth called her father when her fears about Ted grew. She wondered whether one of his friends on the police force could look into him. He told her that she could seriously jeopardize Bundy’s career and declined to help.

[*] Ted was a serial cheater and would carry on multiple relationships at the same time. Either because he needed help or because it was finally out in the open, once he was arrested he became much more brazen. He had a girlfriend in Utah (Kim Andrews), his long term girlfriend in Seattle (Elizabeth Kendall), his old flame (Diane Edwards also known by the pseudonym Susan), and the woman who would become his wife — an early friend (Carol Ann Boone) from Seattle who went to Florida to support him during his rape and murder trial there. Kendall only found out after the fact that Ted had become engaged to one of them (Diane) while she thought they were exclusively dating.

[*] The relationship ended more because of infidelity than because of his kidnapping trial.

[*] Kendall wrote, “He abducted and killed two women in one day and then took me out to dinner that evening. He raped and murdered women and then slept with me. He took my visiting family out for a fun evening of pizza. He then excused himself, went to a bar in South Seattle, found a young woman and murdered her.”

[*] Of Ted, Elizabeth said, “I found myself thinking how easy it would be to trust this man, to go with him and die.”

[*] The police were about as unorganized and corrupt as you think they’d be. The first person Elizabeth talked to after she gathered the courage to report her fears told her “we don’t have time to talk to girlfriends”.

[*] Bundy maintained that he was wrongfully accused all the way until after he was caught after his second escape and final murder plea. At this point he “confessed without confessing” to several people including Kendall, but later walked back his culpability.

[*] Kendall says her phone was illegally tapped by the police.

[*] Once an unidentified police officer called Kendall and told her she needed to live by God’s principles and be a good girl. He advised her she could be “hurt” if she continued to date Ted.

[*] Ted was truly a chameleon, able to fit in with all kinds of groups and people. He was especially adept as presenting himself as well off despite what he considers a poor upbringing. While awaiting his trial and out on bond, Bundy was invited to four different Thanksgivings.

[*] He opposed the war in Vietnam.

[*] Ted appears to do emotional things during the course of their relationship despite the fact that he may have had antisocial personality disorder. He performed CPR on a kitten, he worried about their safety, he seemed to become jovial and celebrate small moments of satisfaction.

[*] Ted was a huge kleptomaniac. We have no idea what other crimes Bundy committed or the extent of his stealing, but Elizabeth Kendall says he stole routinely over the years and was generally pretty blase and remorseless about it.

[*] One day Ted called Elizabeth crying hysterically because he saw a man humiliated and imprisoned after a police chase. The man was tackled violently and wet himself as he was being taken away.

[*] After he became infamous Bundy began traveling under the alias Christopher Robin, from .

[*] In a letter, Ted wrote to Kendall, “I have known people who, without saying a word, radiate vulnerability. Their facial expressions say ‘I am afraid of you.’ These people invite abuse.”

[*] After his final arrest when he talked to Kendall and came the closest to admitting guilt he talked about “being sick”. He said “I just couldn’t contain it. I’ve fought it for a long, long time…”

[*] Over and over again all the women who have been around Bundy mentioned at least one occasion where he “changed”. At some point his eyes glazed over and the mask slipped, they glimpsed the cold, calculating man who would come to be known as one of the worst murderers in history.