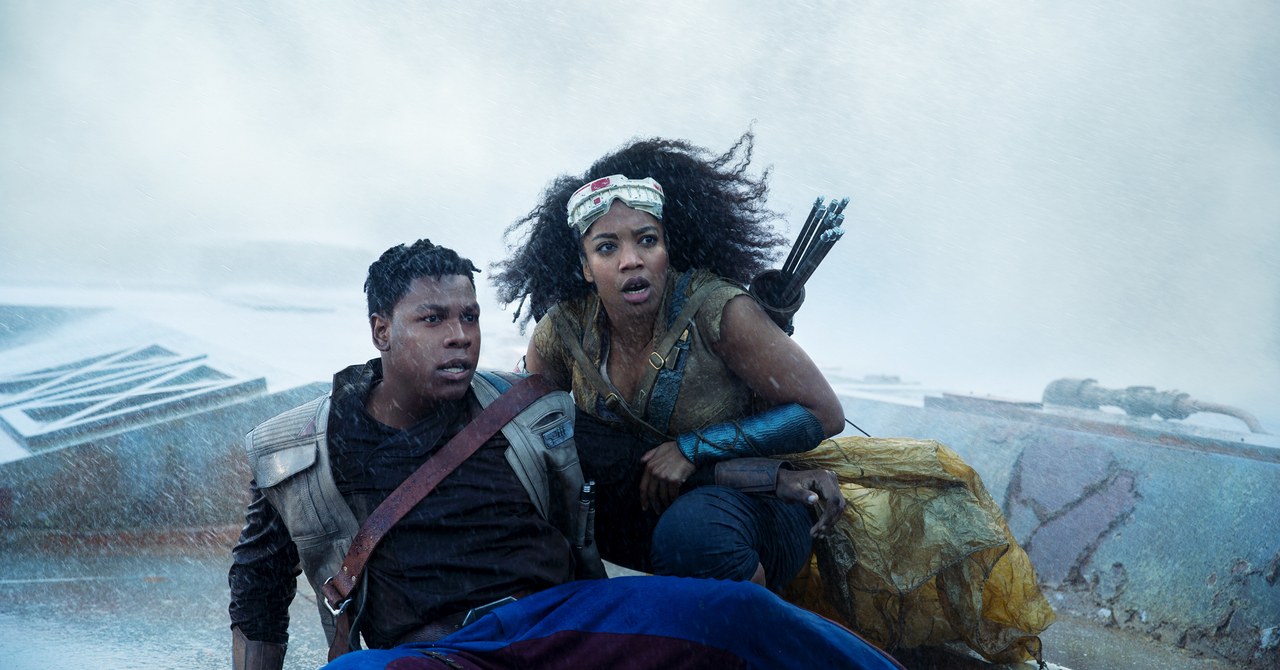 It’s a strange time for Star Wars fans right now. Star Wars: The Rise of Skywalker closed a chapter of the main series in a way that divided critics, and now the future of the movie side of the franchise is in a bit of limbo. (Although, according to some, it could involve Taika Waititi, which would be nice.) Meanwhile, The Mandalorian has finished its run on Disney+, so there's not as much Star Wars TV out there, either. Does that mean there's nothing going on in the galaxy far, far away? Well, not exactly. Read on.

Who Was Actually Responsible for The Rise of Skywalker, Anyway?

The Source: All manner of online leaks

Probability of Accuracy: That’s an entirely open question at this point, to be honest.

The Real Deal: So, what happened to Star Wars: The Rise of Skywalker? Since the movie’s release and uneven reception, there have been a number of somewhat suspicious leaks about the behind-the-scenes struggles that made the movie exactly what it is, including suggestions that JJ Abrams didn’t have full control of the finished movie, with the writer-director surprised by what he saw onscreen during the premiere. That seems fairly unlikely, to say the least, but it oddly dovetails with an interview with a stuntman on the movie who claims that, a week before the premiere, there was an entirely different cut with an entirely different ending that killed off Rey but left Kylo Ren alive—and claims that Lucasfilm was pushing for some of the more controversial elements of the movie, including the kiss between Rey and Kylo. As strange and unlikely as that might seem, it’s borne out slightly by the fact that co-writer Chris Terrio has said in interviews that Kathleen Kennedy and Lucasfilm had some specific ideas about what should be included in the final cut. But surely that doesn’t mean that Lucasfilm and K.K. are entirely responsible for everything fans hated about the movie, right? That would just be … odd.

The Source: An online petition from, well, keep reading

Probability of Accuracy: It’s certainly accurate that the petition exists, even if what it is asking for probably doesn't.

The Real Deal: For those feeling compelled to see the mythical, might-not-exist JJ Cut/Abrams Cut of Rise of Skywalker—it’s like the Snyder Cut of Justice League, but with less rain, probably—don’t worry; you can make your voice heard with this new online petition. “In a nutshell, JJ Abrams had a much longer cut of the film and even recommended that it be split into two films at one point,” writes the person behind the petition, sensibly named “Darth Sand the Irritating.” “While Disney … promised JJ more creative control over the story, they blindsided him and cut crucial scenes to please investors.” The source for this rumormongering? That would be a website with the URL "DisneyStarWarsIsDumb.wordpress.com." Sure. Sounds legit. (Like, OK. The website is really there. Its content and the content of the petition are questionable to say the least.) As of this writing, more than 5,000 people have signed. Why not join their ranks, aside from the fact that this is clearly not going anywhere?

The Source: An online leak, and a confirmation from the man who’d know

Probability of Accuracy: Shockingly, it apparently is accurate.

The Real Deal: Of course, JJ Abrams wasn’t the first writer-director attached to the ninth chapter of the Skywalker Saga, and as Rise of Skywalker underwhelmed many who saw it, it was only a matter of time before details of Colin Trevorrow’s take leaked out. While that was far from a surprise, what was pretty shocking was how great Trevorrow's take was.

Titled Duel of the Fates, the movie splits the remaining Resistance in two as Finn, Rose, C-3PO, and R2-D2 travel to Coruscant to light a beacon that will bring allies to the final battle against the First Order, while Rey, Poe, and Chewbacca head out to an all-new location to find the key to the entire battle. While all this is going on, Kylo Ren—haunted by Luke Skywalker’s Force Ghost—searches for a Sith artifact to aid him in conquering the galaxy, only to discover Tor Valum, an ancient Sith Lord who trained the Emperor, who subsequently trains Kylo as well. Ultimately, Rey and Kylo clash and her attempts to redeem him fail, but before he dies, he reveals that he’s responsible for killing her parents on the orders of Supreme Leader Snoke. Don’t worry; the good guys still prevail in the end.

While most leaks of this nature seem suspicious, it should be pointed out that, after concept art for the movie appeared online, Trevorrow himself took to Twitter to seemingly confirm everything. Just think: This really is what fans could have had!

The Clone Wars Will Return Twice This Spring

The Source: Official announcements from Lucasfilm and IDW

The Real Deal: The entire month of January hasn't been all about fallout over Rise of Skywalker, however. There’s also been this.

Not only does the animated Clone Wars return February 21, there’s also going to be a new five-issue comic book tie-in launching in April from IDW Publishing. Star Wars Adventures: The Clone Wars—Battle Tales will be an anthology of war stories, all written by Michael Moreci with art by Derek Charm, Arianna Florean, Megan Levens, Valentina Pinto, and more, with new issues released weekly throughout the month. For fans of the beloved Clone Wars franchise, it’s beginning to look like 2020 will be a very good year.