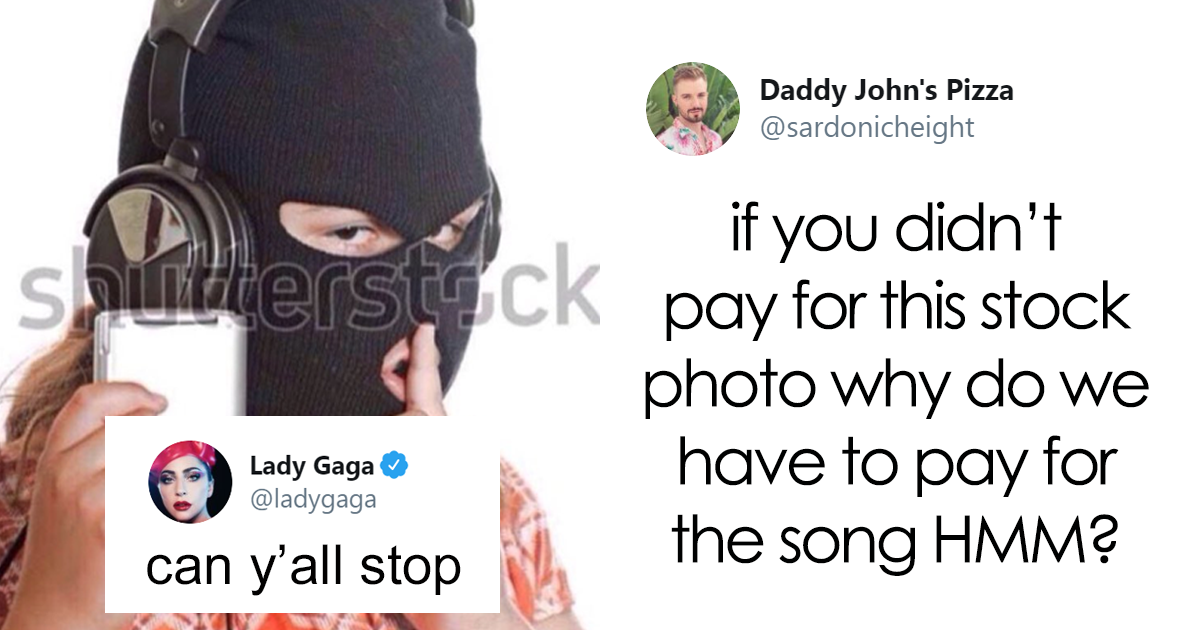 Lady Gaga’s new song “Stupid Love” leaked onto the Internet last weekend. The singer wasn’t happy. As the recording was going viral and social media started buzzing, Gaga called out music lovers who had listened to the unauthorized release.

“Can y’all stop,” she tweeted, sharing two photos of a girl wearing a ski mask while listening to music. The message was crystal clear: those who were listening to the track or spreading it were promoting music piracy. However, the pics she had chosen had “Shutterstock” watermarks all over them. The company noticed it. The company spoke up. And all hell broke loose on Twitter.

After her song leaked onto the Internet, Lady Gaga responded with a short, clear message According to findings by the market research firm MusicWatch’s Annual Music Study, there were 17 million stream-rippers in the U.S. in 2018. That number went up by 2 million from 2017. The term “stream-ripping” refers to the type of music piracy where users transform a file from a streaming site like YouTube or Spotify into a downloadable copy. Currently, this is one of the most popular ways to pirate recordings.

Since the Napster era, a lot has changed in the music industry. But the pirates adapted. And although streaming services like Spotify offer a free tier, piracy allows individuals to play songs offline. Experts estimate that 46% of stream-rippers pirate music for this very reason, while 37% simply want to own songs they don’t like enough to pay for.

So we can understand Lady Gaga’s disappointment.

However, she used pirated pictures in her tweet and Shutterstock was quick to point it out When it comes to the photographer behind the stock photos, his name is Richard Nelson, and he doesn’t seem to mind not getting paid for the usage — he even Tweeted out a version of Lady Gaga’s message without the watermarks for the singer to use.

“[Lady Gaga] making one of my old stock photos viral,” he wrote enjoying the attention. “Hahaha. I just had to share.”

However, the whole situation had ignited an online debate. So far, most of the photographers seem to side with Shutterstock: copyright is copyright, and not just for musicians — it needs to be respected and defended for all artists, including photographers. People discussed the issue on other platforms as well