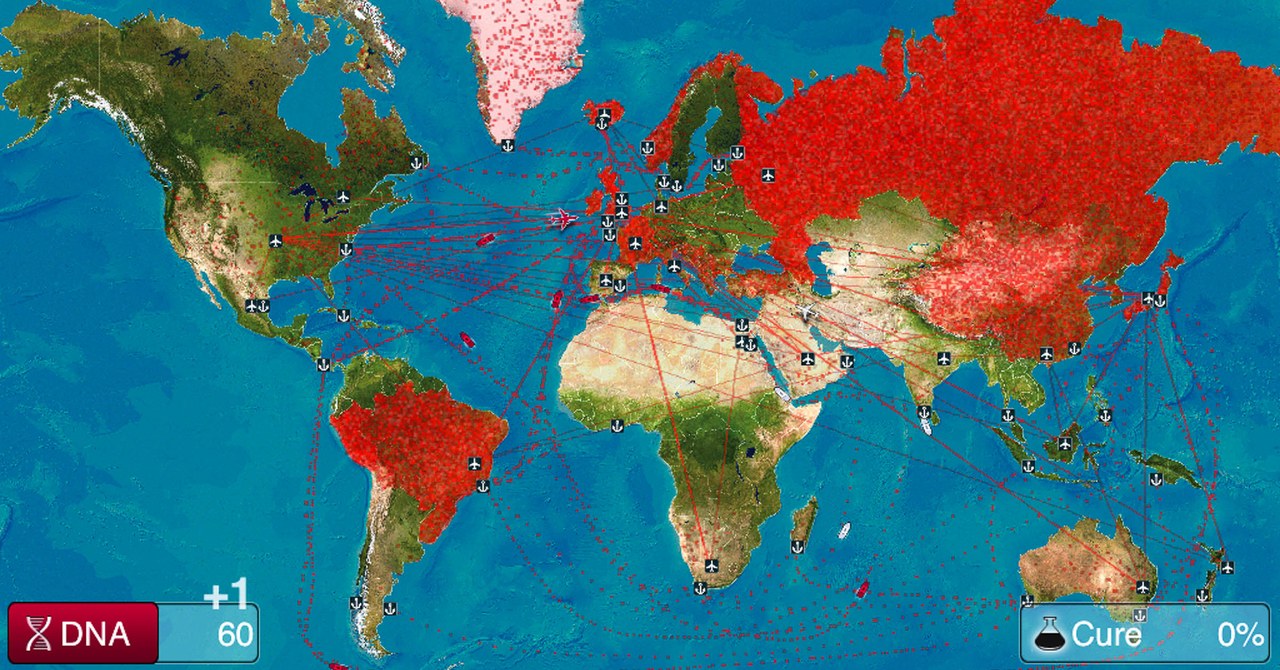 Interest in the continued spread of the coronavirus has had an unintended side effect for UK-based Ndemic Creations, makers of Plague Inc. The eight-year-old game—which asks players to shepherd a worldwide pandemic that destroys all of humanity—has seen a spike in popularity in recent weeks, becoming the most-downloaded iPhone app in China on January 21 and in the United States on January 23, according to tracking firm App Annie.

The surge in interest has led Ndemic to issue a statement urging players not to rely on the app for information on staying safe from the coronavirus' current spread. "Please remember that Plague Inc. is a game, not a scientific model and that the current coronavirus outbreak is a very real situation which is impacting a huge number of people," the statement reads, in part. "We would always recommend that players get their information directly from local and global health authorities."

At the same time, Ndemic notes that Plague Inc. was "specifically designed … to be realistic and informative, while not sensationalizing serious real-world issues." The company points to a 2013 CDC interview which highlights the online research that went into the game, as well as its use as "an educational tool—teachers and professors often get in touch to let me know how they used Plague Inc. to illustrate biological and economical concepts to their students."

This is not the first time Plague Inc. has benefited from real-world epidemic news; Ndemic also issued a statement during the 2014 ebola outbreak, noting the game's contributions to global health charities, for example. Ndemic notes that "whenever there is an outbreak of disease we see an increase in players, as people seek to find out more about how diseases spread and to understand the complexities of viral outbreaks."

Ndemic points players to the WHO for up-to-date information about the coronavirus. The disease now has more than 2,800 reported cases worldwide and has led to at least 80 deaths.

8 cases of COVID-1 9 linked to wedding in Oshawa – CBC.ca

8 cases of COVID-1 9 linked to wedding in Oshawa – CBC.ca