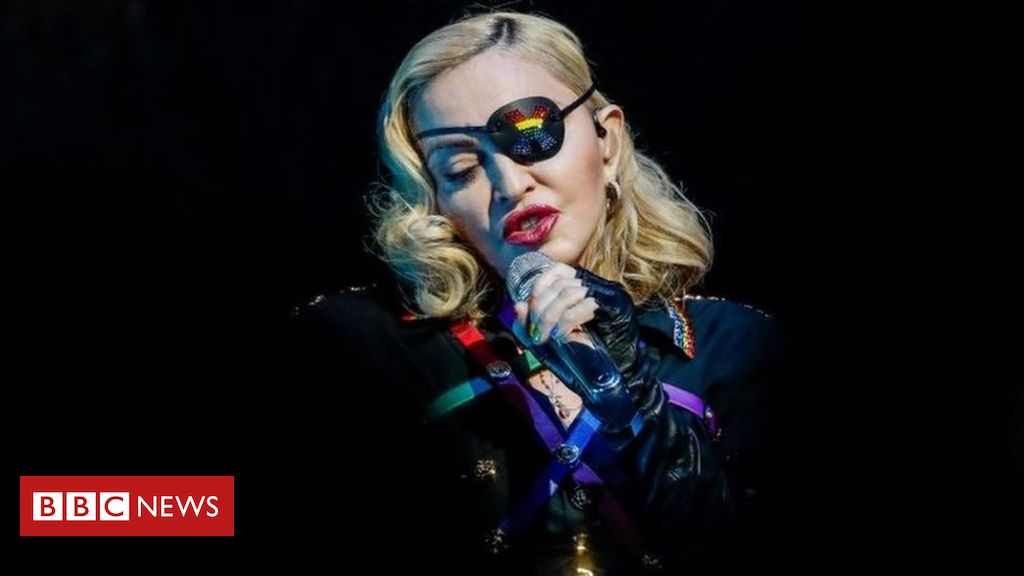 Madonna has said she is “deeply sorry” for cancelling the first London show of her Madame X world tour.

The star had been due to begin a run of 15 dates at the London Palladium from this Monday.

In a statement, the singer said she had been “plagued” by injuries since the beginning of the tour and was told by doctors to “rest for a few days”.

She added that refunds would be given to those who had bought tickets for Monday’s performance.

“I am deeply sorry that I have to cancel my concert scheduled for Monday 27 January in London,” she said.

“Under doctors’ guidance I have been told to rest for a few days.

“As you all know I have injuries that have plagued me since the beginning of the tour but I must always listen to my body and put my health first.

“The last thing I want to do is disappoint my fans or compromise the integrity of my show. So I will keep going until I cannot.”

‘How an injured Madame X warms up’

It comes after Madonna cancelled dates in Lisbon, Portugal last week due to injury.

“Sorry I had to cancel tonight,” the 61-year-old wrote on Instagram at the time, “but I must listen to my body and rest!”

She has not revealed the nature of the injury, but told an audience in San Francisco she was suffering from a “torn ligament” and “a bad knee” in November.

In a video posted to social media last week, she was shown wearing knee supports while rehearsing for an earlier show in Lisbon.

“How an injured Madame X warms up for a show,” she wrote in the caption. “Very carefully.”

Fans spoke of their disappointment on social media after the cancellation was confirmed.

“I’m so gutted and upset,” one wrote. “We’ve train and accommodation booked!”

“Expecting a present from you after this kerfuffle,” another said, before adding: “Get well!”

Full price tickets for dates at the London Palladium next month were still available for purchase through Ticketmaster’s website on Saturday.