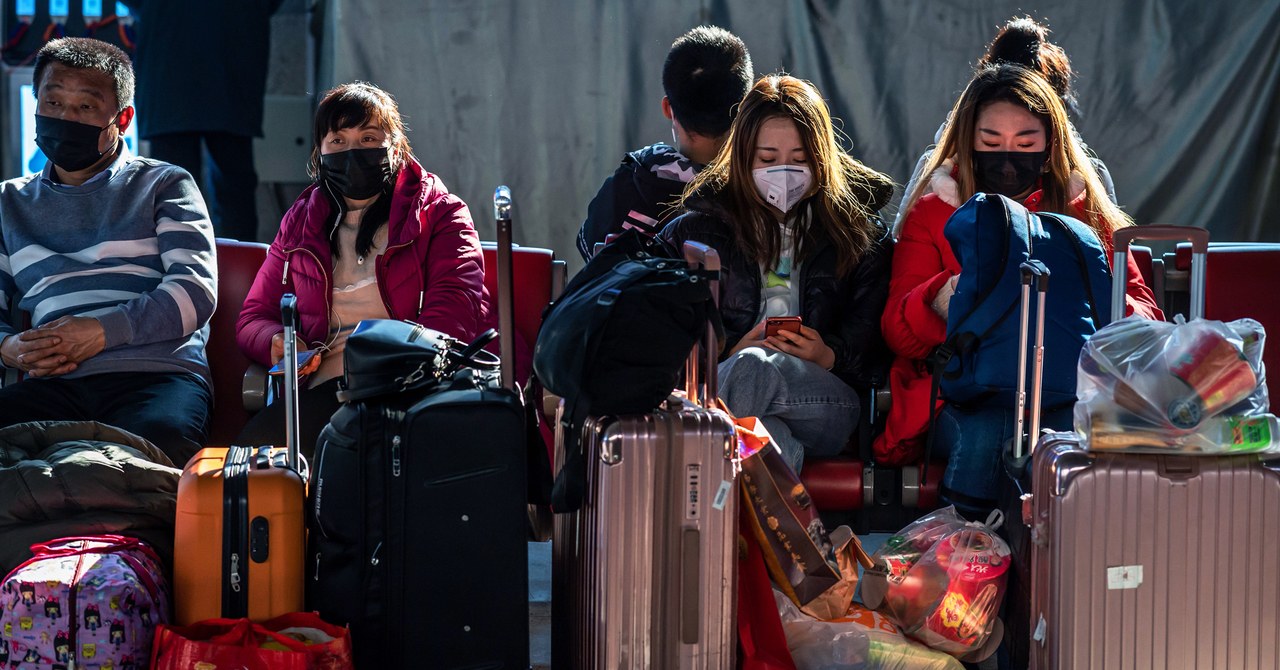 On January 9, the World Health Organization notified the public of a flu-like outbreak in China: a cluster of pneumonia cases had been reported in Wuhan, possibly from vendors’ exposure to live animals at the Huanan Seafood Market. The US Centers for Disease Control and Prevention had gotten the word out a few days earlier, on January 6. But a Canadian health monitoring platform had beaten them both to the punch, sending word of the outbreak to its customers on December 31.

BlueDot uses an AI-driven algorithm that scours foreign-language news reports, animal and plant disease networks, and official proclamations to give its clients advance warning to avoid danger zones like Wuhan.

Speed matters during an outbreak, and tight-lipped Chinese officials do not have a good track record of sharing information about diseases, air pollution, or natural disasters. But public health officials at WHO and the CDC have to rely on these very same health officials for their own disease monitoring. So maybe an AI can get there faster. “We know that governments may not be relied upon to provide information in a timely fashion,” says Kamran Khan, BlueDot’s founder and CEO. “We can pick up news of possible outbreaks, little murmurs or forums or blogs of indications of some kind of unusual events going on.”

infection rates
Scientists Predict Wuhan's Outbreak Will Get Much Worse

Outbreaks
Would the Coronavirus Quarantine of Wuhan Even Work?

Khan says the algorithm doesn’t use social media postings because that data is too messy. But he does have one trick up his sleeve: access to global airline ticketing data that can help predict where and when infected residents are headed next. It correctly predicted that the virus would jump from Wuhan to Bangkok, Seoul, Taipei, and Tokyo in the days following its initial appearance.

Khan, who was working as a hospital infectious disease specialist in Toronto during the SARS epidemic of 2003, dreamt of finding a better way to track diseases. That virus started in provincial China and spread to Hong Kong and then to Toronto, where it killed 44 people. “There’s a bit of deja vu right now,” Khan says about the coronavirus outbreak today. “In 2003, I watched the virus overwhelm the city and cripple the hospital. There was an enormous amount of mental and physical fatigue, and I thought, ‘Let’s not do this again.’”

After testing out several predictive programs, Khan launched BlueDot in 2014 and raised $9.4 million in venture capital funding. The company now has 40 employees—physicians and programmers who devise the disease surveillance analytic program, which uses natural-language processing and machine learning techniques to sift through news reports in 65 languages, along with airline data and reports of animal disease outbreaks. “What we have done is use natural language processing and machine learning to train this engine to recognize whether this is an outbreak of anthrax in Mongolia versus a reunion of the heavy metal band Anthrax,” Kahn says.

Once the automated data-sifting is complete, human analysis takes over, Khan says. Epidemiologists check that the conclusions make sense from a scientific standpoint, and then a report is sent to government, business, and public health clients.

BlueDot’s reports are then sent to public health officials in a dozen countries (including the US and Canada), airlines, and frontline hospitals where infected patients might end up. BlueDot doesn’t sell their data to the general public, but they are working on it, Khan says.

The firm isn’t the first to look for an end-run around public health officials, but they are hoping to do better than Google Flu Trends, which was euthanized after underestimating the severity of the 2013 flu season by 140 percent. BlueDot successfully predicted the location of the Zika outbreak in South Florida in a publication in the British medical journal The Lancet.

Whether BlueDot proves as successful this time remains to be seen. But in the meantime, some public health experts say that despite covering up the SARS outbreak for months in 2002, Chinese officials have reacted faster this time.

“The outbreak is probably a lot bigger than one the public health officials have confirmation of,” says James Lawler, an infectious disease specialist at the University of Nebraska Medical Center, who treated quarantined Ebola patients in 2017 and 2018. “Just using a back-of-the-envelope calculation on how many travelers there are from China in a given week, and percentage than might have been affected, it’s a lot.”

An area containing eight cities and 35 million people have now been quarantined in China, The New York Times reported Friday, while The Wall Street Journal reports that hospitals in the epicenter of Wuhan are turning away patients and medical supplies such as masks and sanitizers have run out.

Lawler and others say that the coronavirus outbreak will continue to spread as travelers from China to other nations exhibit symptoms of infection. He says we still don’t know how many people will get sick, and how many of those will die before the outbreak recedes.

To stop the spread of disease, public health officials will need to tell the truth and tell it quickly. But in the meantime, it might be worth deputizing an AI-driven epidemiologist.