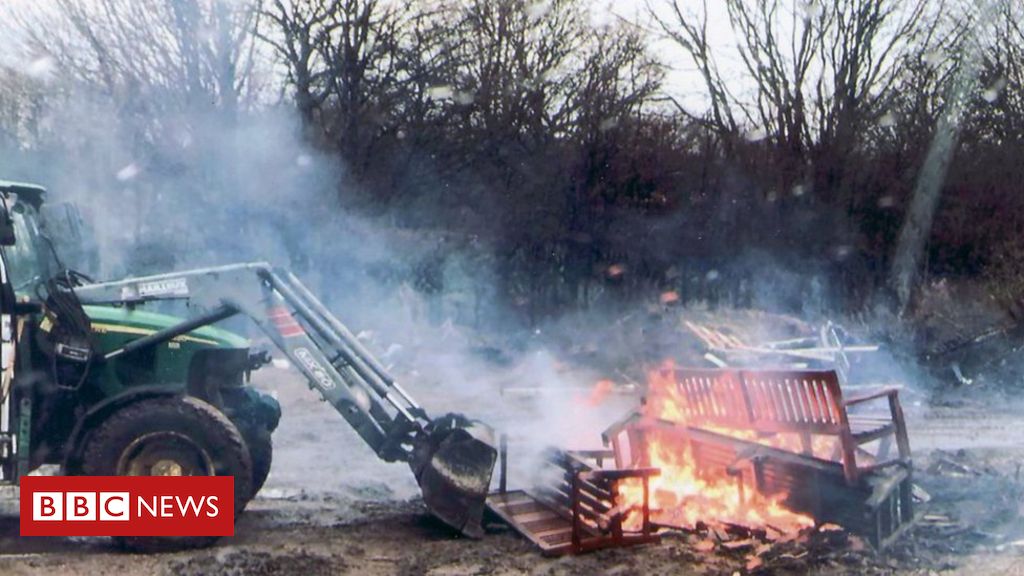 An investigation is under way amid claims about 70 memorial benches were burned by Edinburgh council workers.

The Edinburgh Evening News reports damaged benches were removed from West Princes Street Gardens and held for more than a year at the Inch depot.

Some of those destroyed were dedicated to Victoria Cross holders, it reported.

A council spokeswoman confirmed a probe had been launched and said “appropriate action will be taken”.

A whistleblower claimed managers told staff to burn the benches – after the memorial plaques had been removed – instead of patching them up, in a bid to save money.

Until 2018 City of Edinburgh Council was in effect maintaining benches in perpetuity but it decided to end the practice, due to cost, and instead introduce a 20-year maintenance warranty.

A council spokeswoman said: “We have a very clear policy in place to decommission benches respectfully when they reach the end of their life.

“This involves storing the benches and plaques and reaching out to donors to discuss future arrangements and this was correctly followed.

“Standard practice is to recycle the parts of the benches which can be reused and very regrettably this part of the process was not followed.

“An investigation is under way to understand why this has happened and appropriate action will be taken.”

If a seat is deemed to be damaged beyond repair, the commemorative plaque is removed and stored until it can be returned to the donor, if they wish.

The donor is also contacted and offered the opportunity to purchase a new metal bench or a wooden model, if the original was in either Princes Street Gardens, Saughton Park or the City Chambers Quadrangle.

In the event of the council being unable to contact a donor, the seat is removed and stored for 12 months.

If the donor does not respond within a year then the bench is decommissioned.

This usually involves it being broken up so any salvageable parts can be recycled.