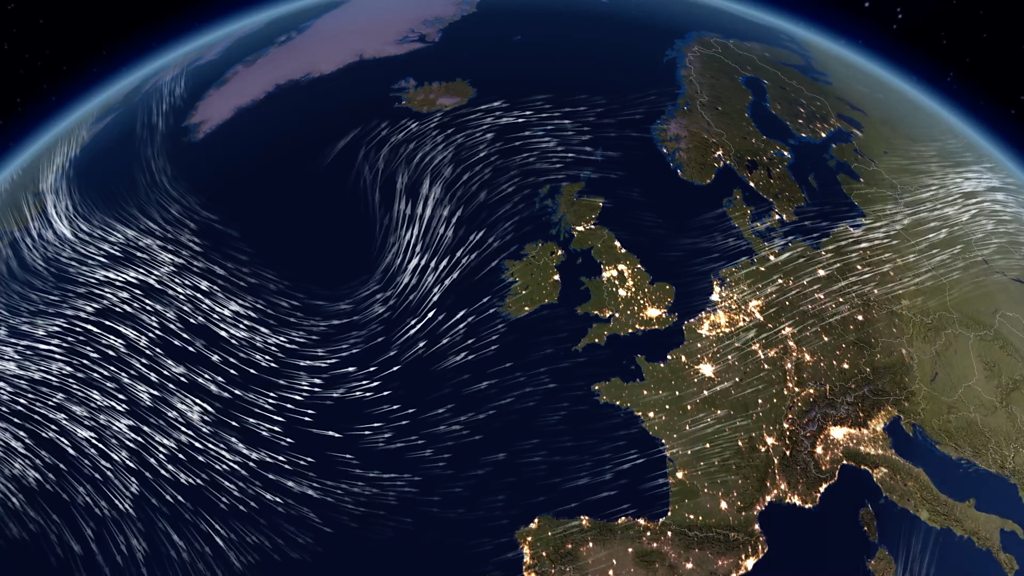 More than 1,000 properties were left without power as high winds swept across Wales, felling trees and causing disruption on the roads

Gusts reached 79mph on Mumbles head in Swansea and the windy weather was due to continue late into the night.

A school closed due to a power failure after a tree fell on power lines and also hit a car at Bontnewydd, Gwynedd.

Monday’s yellow warning was for large parts of Wales, although Monmouthshire, Flintshire, Denbighshire and Wrexham were not likely to be affected.

A second Wales-wide warning for wind has been issued for Tuesday from noon.

WPD said they were aiming to restore power to both areas by 17.30 GMT.

The owner of the crushed car, Lowri Pointer, said she received a phone call while at work to tell her what had happened.

Ms Pointer explained that a tree opposite her home had been uprooted by the high winds, which had affected power and phone lines in the area.

“Luckily, it’s missed the house. It’s just hit the car and it’s landed on next door’s shed,” she said.

“We can’t stay here tonight so we are going to have to make other arrangements.”

Ysgol Bontnewydd primary school closed after power was cut by a tree falling on power lines, and two schools in Penygroes, Ysgol Bro Lleu and Dyffryn Nantlle were both closed due to problems with the water supply.

Meanwhile in Tenby, Pembrokeshire, the roof of a connecting walkway between two buildings at Greenhill School has been damaged by winds.

The school said there were no injuries but the school would be closed on Tuesday.

Problems on the roads

Emergency services advised motorists to take care on the roads, with lane closures on the M48 Severn Bridge.

Police closed lanes for a time on the A55 in Conwy county between Penmaenmawr and Pen y Clip after a vehicle hit the central reservation, scattering debris from a mobile home across the road.

The A4086 in Gwynedd was also closed between Cibyn and Pontrug due to a fallen tree.

A 30mph speed restriction was in place for the A55 Britannia Bridge on Anglesey, with bikes, motorbikes and caravans advised to find an alternative route.

The A477 at Cleddau Bridge in Pembrokeshire was closed to high sided vehicles.

What about ferry crossings?

Stena Line warned passengers the weather was causing disruption to ferry services on the Irish Sea.

Winds caused its new service, Stena Estrid, to be delayed for two hours on its maiden voyage from Holyhead in the morning, and its 14:00 GMT service Stena Adventurer was being delayed until approximately 16:00 GMT.

The RNLI warned people to take care along the coast, particularly along exposed cliffs and seafronts.

Brace yourselves for #StormBrendan. Worst of the heavy rain & gales will hit #Wales this afternoon. Gusts 50-80mph. Poor travelling conditions. Stay tuned for updates @BBCRadioWales. I will have the latest forecast @BBCWalestoday 1830. Post your weather photos @BBCWthrWatchers 👍 pic.twitter.com/zP8Jra3GEN