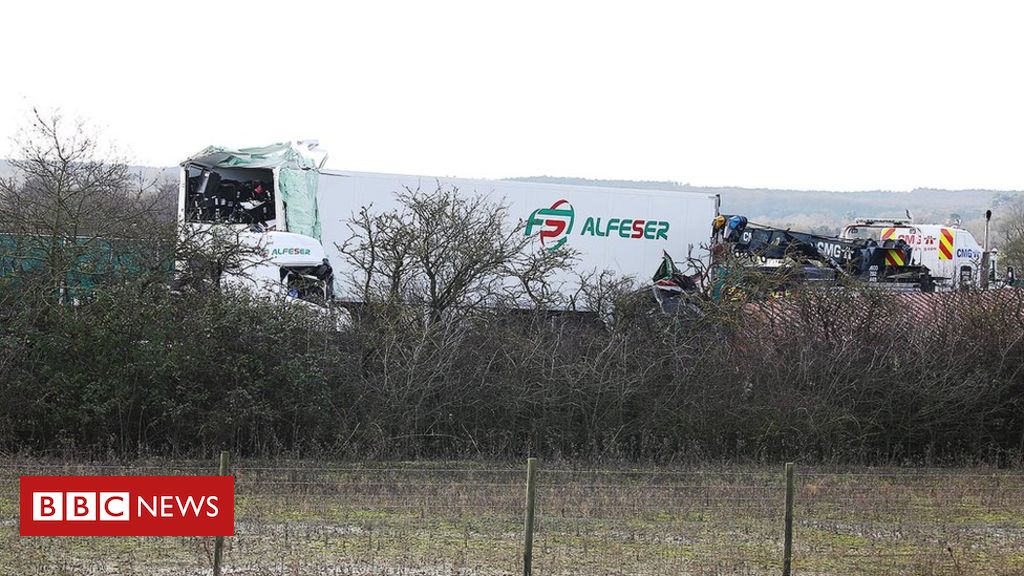 Two lorry drivers have died in a crash on the M1 that led to part of the road being shut for nearly 16 hours.

The crash at about 06:45 GMT happened on the southbound side between junction 12 at Flitwick and 13 near Bedford.

An air ambulance was sent but both lorry drivers died at the scene, Bedfordshire Police said.

The northbound carriageway of the motorway reopened at about 13:00, the southbound lanes remained closed until 22:20.

The lorry drivers’ next-of-kin have been informed, police said.

Sgt Aaron Murphy said: “This was a serious collision which has taken the lives of two people so we are keen to hear from anyone who may have witnessed the incident or who has dashcam footage from around that time, so we can piece together the circumstances which led to this tragic incident.

“I’d also like to thank the public for their co-operation and patience during the recovery operation.”