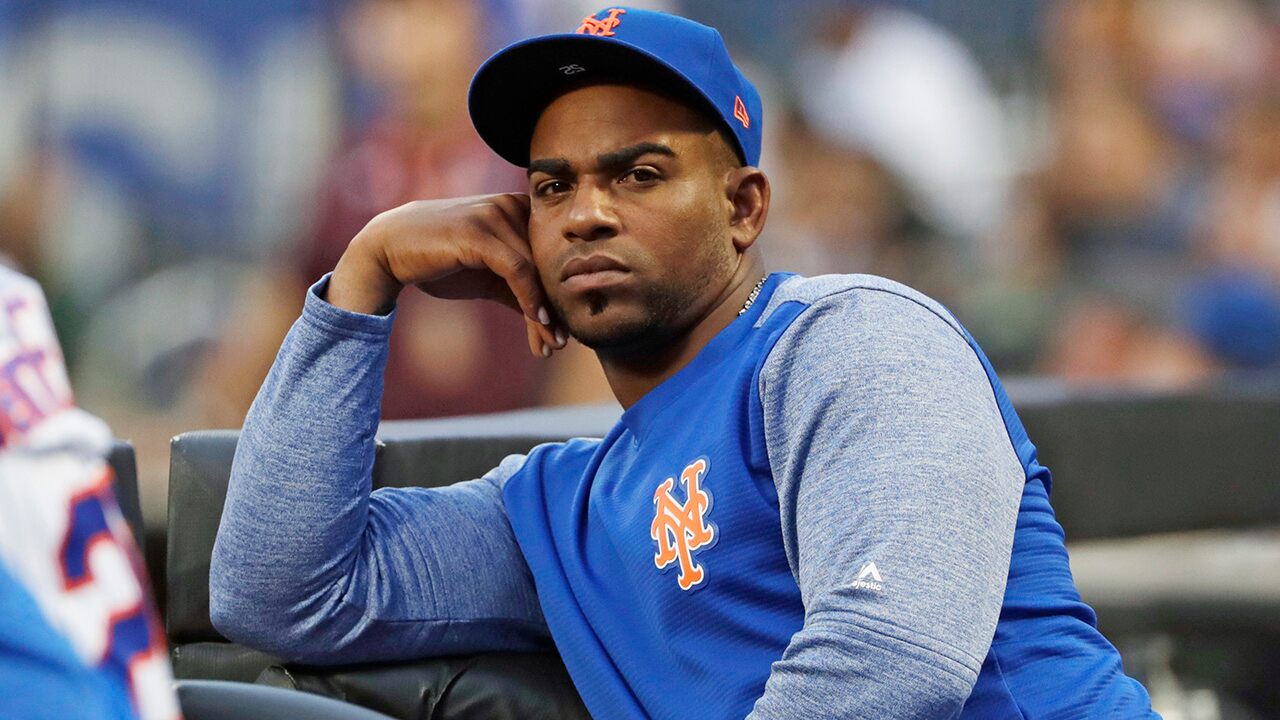 New York Mets’ Yoenis Cespedes looks on as his team play the San Diego Padres during the first inning of a baseball game in New York, July 24, 2018. (Associated Press)

Cespedes reported the injury to the Mets, including immediately that he was trying to sidestep a boar. Mets officials and representatives for Cespedes went to the ranch the following day and came away believing essentially that is what occurred. Officials from both the Commissioners Office and the Players Association visited the ranch at a later date and also confirmed that version of how Cespedes was injured.

The Commissioners Office and Players Association became involved once it became clear the Mets were withholding Cespedes’ 2019 pay and were considering an attempt to make the remainder of his pact a non-guaranteed contract.

The standard language in a player’s contract prohibits the player from participating in a wide range of athletic activities. Guaranteed contracts like Cespedes’ forbid additional activities to mitigate risk. While it is not publicly known if the Mets and Cespedes agreed to specific language that would have made potentially dangerous activities on his ranch a violation of his contract, language in a second Mets player’s contract of recent vintage prohibited “any acts, activities, or sports involving a substantial risk of personal injury.” Engaging with a wild boar at close range would potentially qualify as such an act.

Furthermore, broad precedent existed that would have imperiled the rest of Cespedes’ guaranteed money. In February 1994, Ron Gant broke the fibula and tibia in his right leg in a dirt bike accident on private property. A month later the Braves put Gant on unconditional-release waivers and owed him just 30 days (about $907,000) of his $5.5 million salary (at the time the largest one-year contract in history).

In January 2004, Aaron Boone tore his left ACL while playing pickup basketball. The Yankees contended that Boone was in violation of his contract and paid him 30 days termination pay (about $918,000) of his $5.75 million contract.

Cespedes received just $22.8 million of what was supposed to be $29 million in salary last season. For 2020, the guaranteed portion of his contract was reduced from $29.5 million to $6 million. His salary rises to $11 million if Cespedes makes the Opening Day roster _ or if he goes on the injured list at that juncture for an ailment that does not involve his feet or ankle _ and gets prorated at that pay level if he joins the team any time after the season opener. Plate appearance bonuses could add another $9 million to Cespedes’ income.

Cespedes signed a four-year, $110 million contract after the 2016 season. He has played just 119 games since due to a variety of injuries.