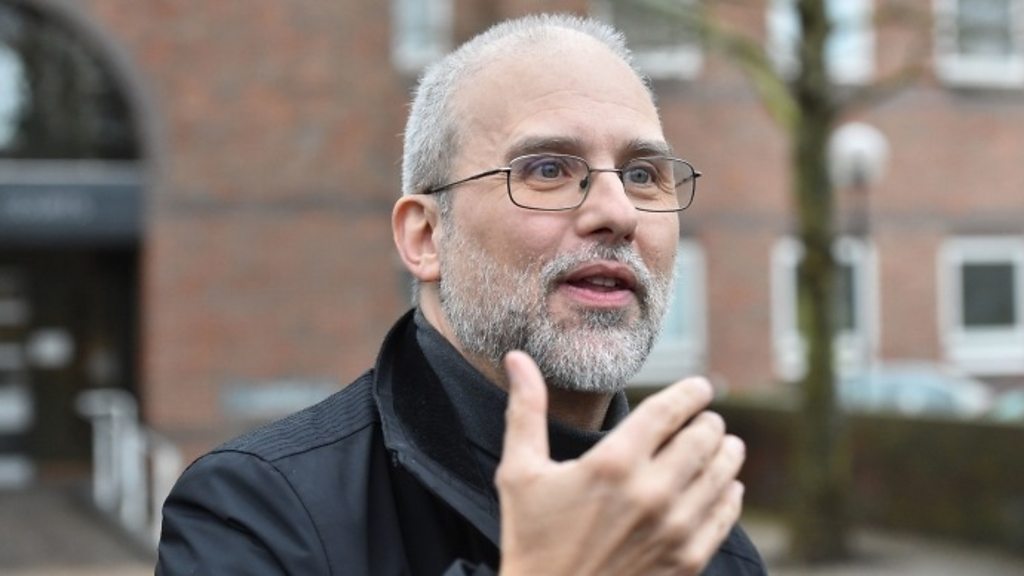 Ethical veganism is a “philosophical belief” and so is protected in law, a tribunal has ruled for the first time.

The landmark legal case was brought by vegan Jordi Casamitjana, who claims he was sacked by the League Against Cruel Sports because of his ethical veganism.

His former employer says he was dismissed for gross misconduct.

The judge ruled that ethical vegans should be entitled to similar legal protections in British workplaces as those who hold religious beliefs.

He is yet to rule on Mr Casamitjana’s dismissal – which is due at a later date.

Mr Casamitjana, 55, who lives in London, said he was “extremely happy” with the ruling – which is ongoing – adding that he hopes fellow vegans “will benefit”.

The tribunal centres on his claim that he was sacked by the animal welfare charity League Against Cruel Sports after disclosing it invested pension funds in firms involved in animal testing.

Mr Casamitjana says when he drew his bosses’ attention to the pension fund investments, they did nothing so he informed colleagues and was sacked as a result.

The League Against Cruel Sports says it is “factually wrong” to link Mr Casamitjana’s dismissal to his veganism. The charity did not contest that ethical veganism should be protected.

A vegan is someone who does not eat or use animal products.

Some people choose to simply follow a vegan diet – that is, a plant-based diet avoiding all animal products such as dairy, eggs, honey, meat and fish.

But ethical vegans try to exclude all forms of animal exploitation from their lifestyle. For instance, they avoid wearing or buying clothing made from wool or leather, or toiletries from companies that carry out animal testing.

“Religion or belief” is one of nine “protected characteristics” covered by the Equality Act 2010.

The judge Robin Postle ruled that ethical veganism qualifies as a philosophical belief under the Equality Act 2010 by satisfying several tests – including that it is worthy of respect in a democratic society, not incompatible with human dignity and not conflicting with the fundamental rights of others.

At the tribunal in Norwich on Friday, the judge said in his ruling that ethical veganism was “important” and “worthy” of respect in a democratic society.

He said: “I am satisfied overwhelmingly that ethical veganism does constitute a philosophical belief.”

Though a ruling from an employment tribunal does not amount to binding legal precedent, this one will have important and far-reaching effects.

Employers will have to respect ethical veganism and make sure they do not discriminate against employees for their beliefs.

So, for example, could a worker on a supermarket checkout refuse to put a meat product through the till?

The implications are considerable, not least because the legal protection will apply beyond employment, in areas such as education and the supply of goods and services.

It could also encourage others to seek similar protection for their philosophical beliefs.

While this is the first case concerning ethical veganism, a previous tribunal ruled that a strongly held belief in climate change amounted to a philosophical belief capable of protecting someone against discrimination in their employment.

Speaking to the BBC outside the tribunal, Mr Casamitjana said he was “extremely happy”.

“I’m really, really satisfied and I hope all the vegans out there that have been supporting me – there have been many helping me in my crowdfunding – I hope they now feel their little donation has been properly used and all the vegans will benefit.”

He added: “Veganism is a philosophical belief and when you look at my life and anybody else’s life who is an ethical vegan, you will see it.

He added that he is “passionate” about veganism, which “gives you hope”. Mr Casamitjana also said he was feeling “optimistic” for the ruling on his dismissal.

Mr Casamitjana describes himself as an ethical vegan and campaigns to get his message to others.

His beliefs affect much of his everyday life. He will, for instance, walk rather than take a bus to avoid accidental crashes with insects or birds.

Peter Daly, the solicitor for Mr Casamitjana, said the ramifications of this judgement for companies that employ vegan staff are “potentially significant”.

He said any abuse directed at ethical vegans “might be seen to be harassment in the same way a racist or sexist slur might be discriminatory action”.

Acting for the League Against Cruel Sports, Rhys Wyborn, from the law firm Shakespeare Martineau, said: “Although an interesting point of law, this hearing was preparation for the real crux of the matter: why Jordi Casamitjana was dismissed.

“In view of its animal welfare value, the League did not contest the issue of whether ethical veganism itself should be a protected belief, with the League maintaining that it’s irrelevant to the core reason for the dismissal.”

The tribunal will next consider whether Mr Casamitjana was treated less favourably because of his ethical veganism belief.

Religion and belief is one of nine protected characteristics under the Equality Act. The others are age, disability, gender reassignment, marriage and civil partnership, pregnancy and maternity, race, sex and sexual orientation.