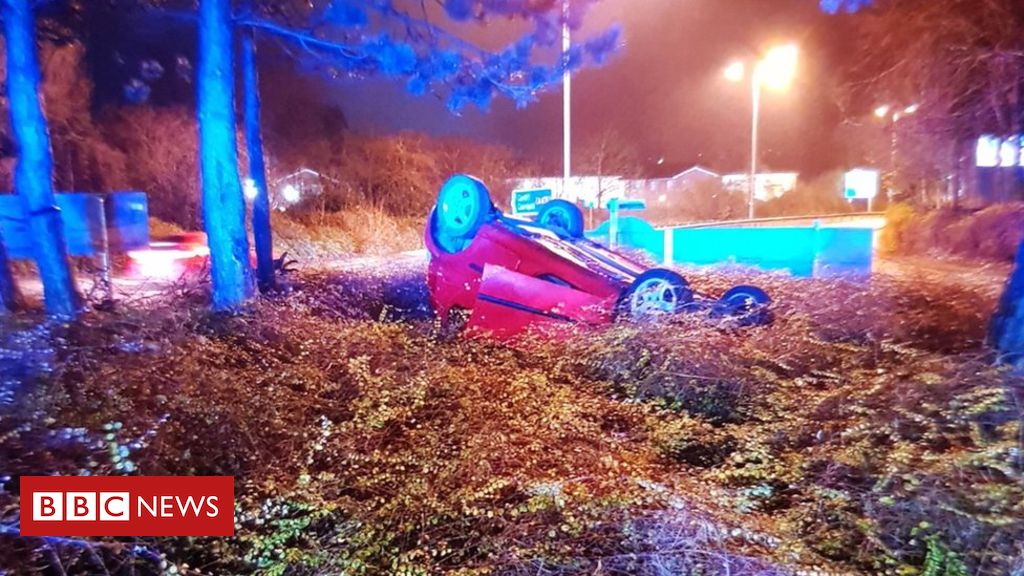 A woman has been arrested on suspicion of drink-driving after a car crashed and landed on its roof at a roundabout.

The crash happened on the A4060 at Merthyr Tydfil in the early hours of Sunday.

South Wales Police said the driver was more than twice the drink-drive limit. The legal limit is 35.

On Twitter the force said: “She waited at scene for officers to arrive and was promptly arrested on suspicion of drink-driving.”