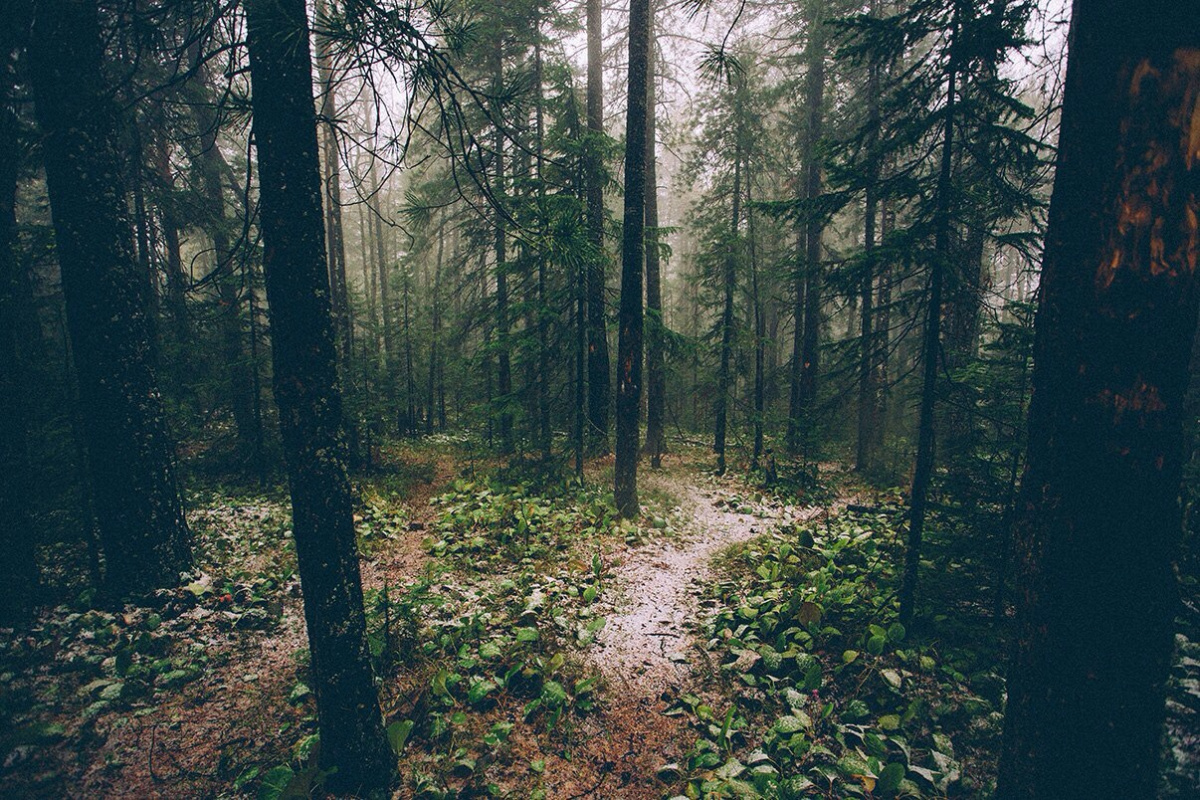 I need to have my story heard. I need to write this down. If I don’t, then I fear I’ll end up as mad as everyone thinks I already am. I’ve spent the past 11 months trying to find meaning and answers at the bottom of a bottle, but it never helps. Every night I wake in a cold sweat, shaking uncontrollably and gasping for air in the wake of the memory of the things I saw. Even now, I cannot venture past my door after dusk for fear of what lies beyond. Every bark from my dogs is a warning; every flicker of the floodlights that surround my house has me running for the generators. I have no idea what future awaits me past this moment, but I know I can’t stand the thought of another day where my experiences are not recorded in some way.

I farm a sizable piece of land, some several thousand acres in size. What I farm isn’t important, just the location. Upon my land occurs a unique land formation — a type of rock that bears in a pattern unique to this area. In all the world, there is always something similar, but never quite exactly the same. Imagine a type of rock used by the early peoples to make paints that they would apply to their faces — colors of orange, tan, red, white, and blue — and embedded within these rocks are numerous geodes. It was always my plan that, should I fall upon financial hardship, I would sell these geodes at local stores or flea markets to the more “spiritual” people that frequented the larger towns near my home. Now however, that is no longer an option.

Until last year, I would allow hunters onto my land each winter to hunt deer and elk, occasionally joining them, as one elk could feed me for the better part of a year. They were my friends — men I had hunted with for years and whom I had come to depend upon. I can still remember crawling through the brush of my property some year ago, only to came face to face with a mountain lion that appeared just as stunned as I at the encounter. I scarcely remember un-holstering my sidearm, a Beretta that had been gifted to me some years ago, and unloading half a clip into its still startled face as the panicked hands of my hunting buddies tore apart catclaw and mesquite branches alike to reach me before the second gunshot had rung out.

I still hold fond memories of how we laughed at the encounter that evening as they applied hydrogen peroxide to their bloodied hands in-between sips of beer. None of us went back for that mountain lion carcass. I think we honestly believed it wouldn’t be there if we looked, as if it had shrugged off several 9mm rounds fired point blank and was laughing off the encounter with its own buddies in much the same way we were. Sometimes I can still think back on that evening and smile at the image of all of us, wearing our beanies and fatigues, rifles slung over our backs…. The only two things that saved me in the end were my sidearm and the men at my back.

It was supposed to be a good year for hunting, the weather had been kind to us over the months and the uncharacteristic amount of rain for the area meant there was more grass to graze. Already I’d begun seeing elk lying dead on the side of the road. Unfortunate for the driver, but hopefully a sign of greater numbers that season. It was a more humid year than we were used to and it seemed like the winter would be harsh, but for us, it only meant buying more firewood. I’d been keeping the corn feeders stocked throughout the year and keeping a mental checklist of every deer and elk I saw. Even the javelina were starting to become a nuisance, although a decent source of meat provided you got a clean shot before they could musk.

I knew every inch of my property like the back of my hand, or at least I thought I did. It wasn’t until two weeks into the season that we encountered . We were on a night hunt, trekking through a part of the property I’d taken to calling “Paint Rock Canyon,” due to the abundance of the unique rock formations in that area. It had needed no descent, just a brief 45 minute drive to the area situated between two mountains that sat almost directly in the middle of the property. We were all outfitted with LED headlamps and Maglites and most of us had outfitted our rifles with night-vision scopes, save for Anthony.

Anthony was not a large man, but he did seem to carry luck on his side. His medium length hair was usually tied back into a small ponytail and he had an almost ill-informed love of his neatly trimmed mutton chop sideburns and mustache that had earned him the nickname “Lemmy.” He couldn’t be considered lanky, nor could he be called overweight. On the whole, Anthony was quite normal, which many mistook for “average” — brown hair, brown eyes, and a tanned complexion shared by the rest of us (the result of a life lived working outdoors). He had brought his AR-15, something he won in a local rodeo raffle, equipped with a thermal scope. While the others had found the rifle enviable, I was less impressed. Admittedly, I was disappointed that I didn’t win the second prize, which was a lever-action rifle with a custom saddle holster, provided by my favourite, local saddlery. I’m ashamed to admit it in retrospect, but I took a small comfort in the fact that Anthony was limited to featureless black-and-white as opposed to the rest of us.

Apart from Anthony, the hunting party consisted of Markus, Forrester, and myself. Markus was a heavy set Hispanic man who I turned to whenever I needed help with any of my vehicles, which was typically one per month. Auto repair was his family’s business and he’d taken over the shop from his father after his passing. Forrester on the other hand was a pious man, a devout Baptist, and the only one among us who could honestly say he’d never known the taste of liquor in his life. While the rest of us would set up the satellite to watch the game and drink to the point where we felt 10 years younger, Forrester could always be found over a smoker or grill that he’d welded together himself, a root beer in one hand and a cooking utensil in the other. He was the shortest of all of us, but the only other farmer apart from myself, and my main source of hay when it came to animal feed.

That’s how I will always remember them before we found that damn hole under the light of the full moon. It was impossibly large and dug into the base of one of the mountains where the Paint Rock began. The hole was larger than any one of us and seemed like it was freshly dug. It certainly hadn’t been there when we’d last passed through the canyon scarcely two days prior. We stood in front of it in confusion for several minutes, questioning what could have caused such a thing when an elk came sprinting out, startling us all. Anthony was the quickest on the draw, bringing his rifle up and letting off several quick bursts as the gigantic animal bound towards us. The rest of us dove for cover, all but Anthony who, with his unbelievable luck, pierced the animal’s heart, bringing it crashing to the ground as he finally dove away from the falling body of an animal that weighed enough to total any vehicle unfortunate enough to collide with its form.

After calling to ensure that everyone was unhurt, we quickly turned our lights on the elk’s corpse, which turned out to be a cow rather than a bull as we’d all assumed. Bullet wounds marked its body and I could have sworn the wounds on its back looked far too large to be caused by the 5.56 rounds fired from Anthony’s rifle, yet I dismissed them as exit wounds despite being able to vividly recall no upward angle to his shots.

We were all thoroughly shaken by the experience and yet, for some unknowable reason, our curiosity was piqued. I recalled no one else on my land and doubted border-jumpers could have made something large enough to conceal an elk in less than two days. For reasons I will never fully know, none of us contested the idea when Markus suggested venturing inside the tunnel. We readied our night-scopes and light sources, pocketed some extra ammunition and abandoned what little light was offered by the night sky and made our way into the darkness.

20+ Terrifying And True Ouija Board Stories