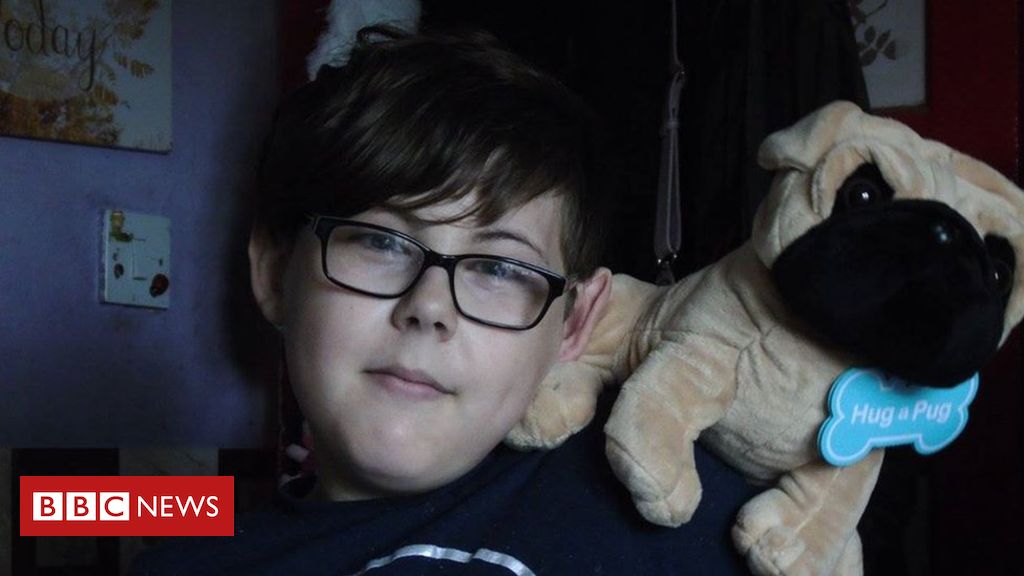 A 15-year-old boy has been leaving soft toys at children’s graves across a number of churchyards and cemeteries after receiving hundreds of donations.

After his generosity was shared on Facebook, he has been inundated with toys, leaving hundreds over the festive period.

One mother, whose child has received toys, said it made her feel better.

Owen first put teddies on the graves at St Peter’s Church, in Hednesford, after seeing the children’s graves while visiting his aunt Denise’s grave.

His father Damian said was concerned they would not have Christmas gifts, and collected some of his own toys to leave at the graves.

“The first year we weren’t sure how people would react,” Mr Osborne-Williams said.

“But someone shared it on Facebook and it took off. There were thousands of comments, it was really touching. [Owen] is happy he makes people smile.”

As time has gone on, people have begun donating teddies for Owen to distribute, which has allowed him to leave gifts on more graves.

This year, Owen and his family visited Stile Cop in Rugeley, St John’s in Heath Hayes, Strawberry Lane in Great Wyrley and the Rainbow Garden at Baswich Cemetery.

Mr Osborne-Williams said he believed they had distributed up to 300 toys this year, each wrapped in a plastic bag to stop them getting wet.

Among those to receive toys was 52-year-old Ellen Morris’s son Richard, who died aged six-and-a-half months in 1990 and is buried at St Peter’s.

She said Owen was a “special little boy”.

“It makes me feel better that I’ve got someone else thinking of Richard,” she said.