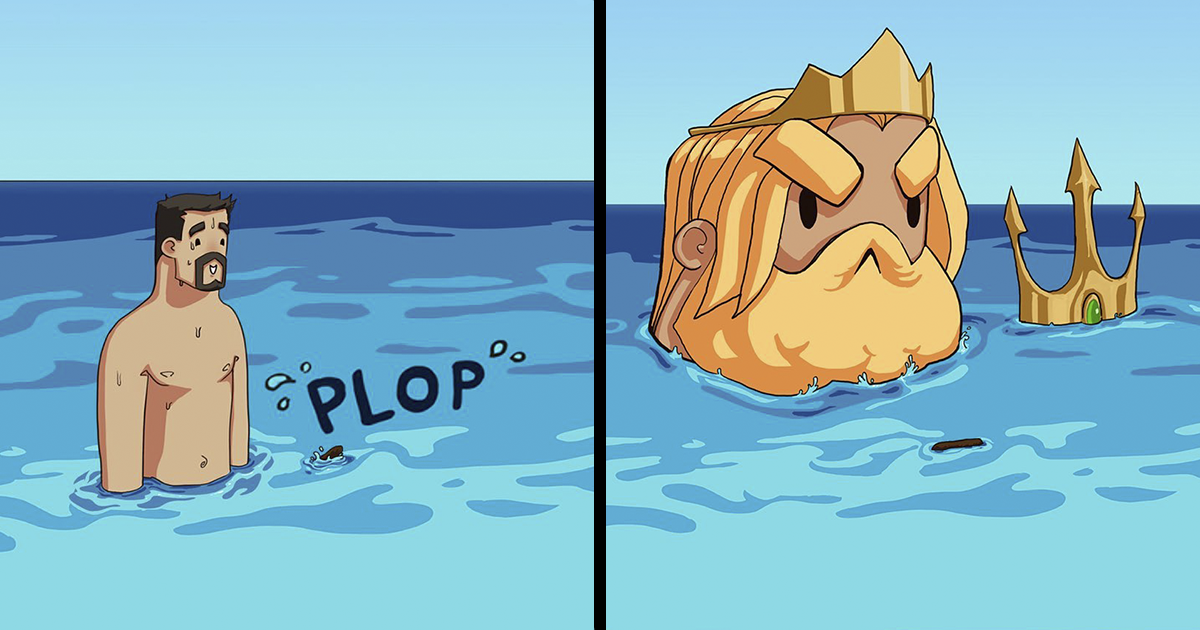 Artist Byot Art and his buddy have found a creative way to celebrate their friendship. The duo started making comics about it. They titled their series “Goofy Gods Comics” and are imagining the everyday lives of gods. And they aren’t just focusing on one religion: from Jesus to the twelve Olympians and even the Lord of Light from Game of Thrones, they’re including everyone.

They release new content twice a week (or whenever they can), and even though the project started just months ago, they already have tens of thousands of followers on social media. And why wouldn’t they? The stories take place in interesting locations, have well-developed characters, and surprising plots. But don’t just take my word for it, continue scrolling and see for yourself! You could say that by creating these comics, the two French guys are expanding European cultural tradition. For example, roughly one third of the paintings in the British National Gallery’s collection of Western European art are of religious subjects, and nearly all of those are Christian. According to the organization, the high percentage of works on this theme reflects that after classical antiquity, Christianity became the predominant power shaping European culture between the 13th and 19th centuries. “Biblical texts, commentaries, and apocryphal stories inspired artists and patrons alike to create these objects of devotion, yet the translation of the Word into paint often raised difficult problems.” Artists and their advisors had to suggest, in visual terms, the nature of Christian mysteries – such as the visions that were experienced, the miracles that were performed, as well as other profound theological beliefs and debates. These images were made to inspire and strengthen faith through public and private devotion. However, Goofy Gods Comics are clearly of an entirely different context. What’s interesting is that the artists can both retain the myths and other sources revolving around a particular deity, yet insert them into totally made-up scenarios. Bravo!