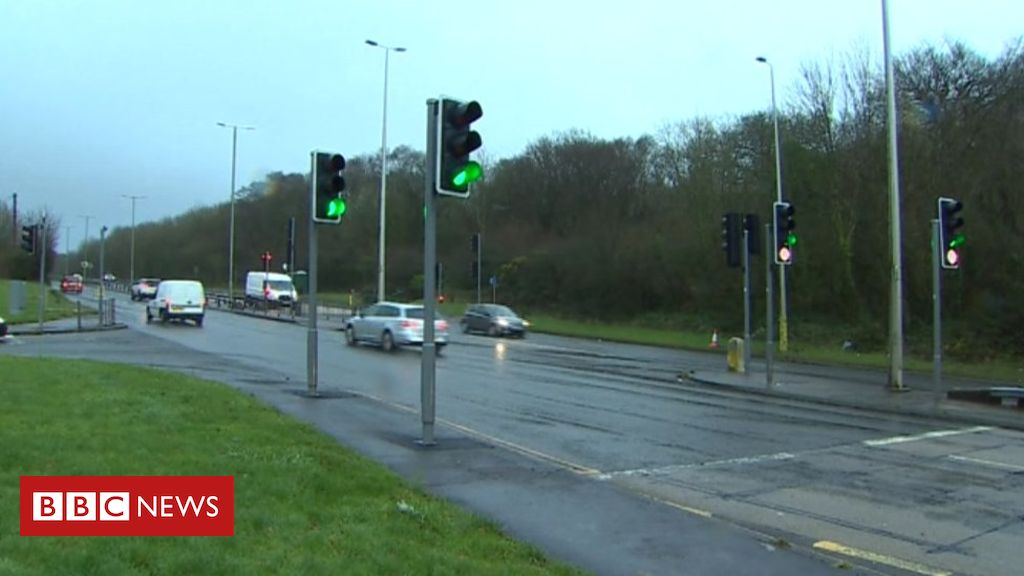 A woman has died after a car crash on one of the main roads in the south Wales valleys.

The A468 between Caerphilly and the A470 at Nantgarw Hill was shut for almost three hours after the single vehicle crash involving a blue Seat.

Two people were taken to hospital in Cardiff after the crash at the Heol Y Dderwen junction in Rhondda Cynon Taff at 10:20 GMT.