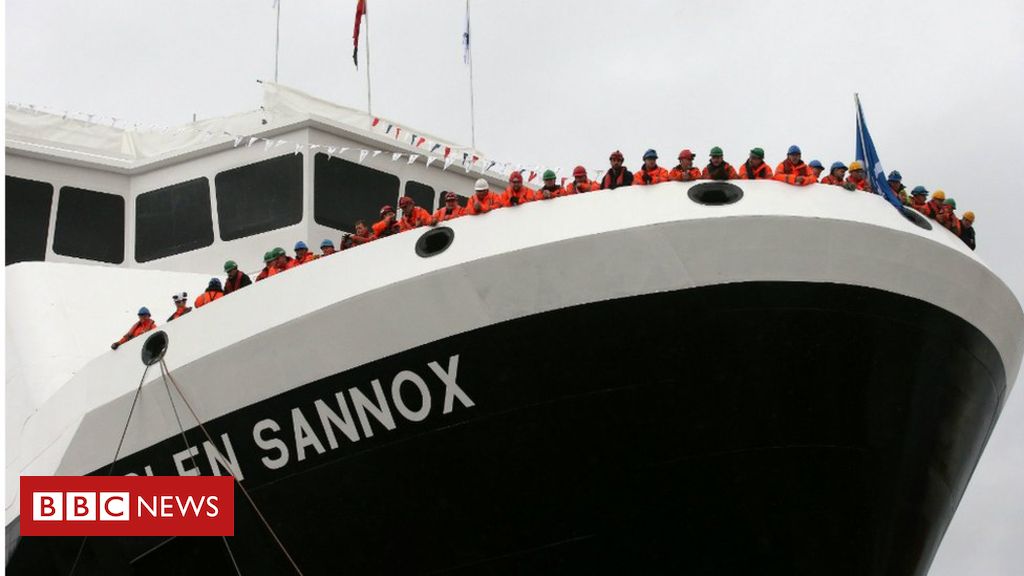 The state-owned company that procures ferries for Cal-Mac decided last May to torpedo the contract to build the first of two ships at Ferguson shipyard.

Caledonian Maritime Assets Limited (CMAL) told economy minister Paul Wheelhouse that he should prepare for an announcement in late June of the contract for the first ship, the Glen Sannox, being cancelled.

CMAL chief executive Kevin Hobbs wrote that the board’s decision could be expected to lead swiftly to the second ship being cancelled.

An exchange of letters and emails, released by the Scottish government this week, points to a ministerial veto being applied.

Neither boat was cancelled, but three months after the exchange in May, the shipyard was put into administration in August. It has since been nationalised.

Derek Mackay, the finance secretary, announced last Wednesday that the cost of completion takes the total cost to well over double the £97m in the fixed price contract signed in 2015.

The ‘white knight’ who rescued a shipyard

When Ferguson Shipbuilders went bust in the summer of 2014 it seemed the last shipyard on the lower Clyde was heading for oblivion, more than a century after it was founded by the four Ferguson brothers.

But within weeks, in a deal brokered by the Scottish government, a white knight stepped forward in the shape of Jim McColl.

A self-made billionaire, he was one of the most prominent business figures to support Scottish independence ahead of the referendum in September that year.

Read more on the attempt to save Ferguson.

The ships were due to be in service in 2018, but they are now running at least three years late.

On Friday, BBC Scotland reported that Jim McColl, former chairman of the shipyard, believes it would cost less to scrap the part-built ships and start again.

The cancellation in summer, decided by the board of CMAL on 21 May, would have secured £12m for each ship in bond pay-outs – a form of guarantee that had to be lodged by Ferguson Marine Engineering Ltd (FMEL) when it took on the work in 2015.

But by last May, the Scottish government had sunk £45m in loans into FMEL, without explaining the loans to its own procurement agency.

It told MSPs the loans were to help modernise the yard, yet it has since been learned that drawdown of the money was linked to progress on the ferry contract.

An email in May from Mr Hobbs made his frustration clear that the Scottish government was not engaging with its own agency “for reasons of confidentiality”.

“This is causing concern because our plans and Scottish government involvement are inextricably linked. Unless we work closely together, we cannot develop our plans any further!” Mr Hobbs wrote to a civil servant on 31 May.

He said the crisis was compounded by CMAL having “no visibility” on the £45m loan.

At the time, Jim McColl, chairman of FMEL, was also venting his frustration that ministers were not willing to engage with the deep division between the shipyard management and the procurement firm.

The Scottish government told him that they could not intervene because of CMAL’s autonomy.

Mr McCall claims that Derek Mackay told him, in private, that the CMAL board threatened to resign if there were ministerial interference.

Meanwhile, the Scottish government ignored the advice of its own independent adviser, Luke van Beek, to seek mediation.

The Scottish government has issued a statement, saying: “The management of the fixed price design and build contract was for FMEL and CMAL. However Scottish Ministers and officials held meetings with both parties on this issue over an extended period of time.

“The Scottish government explored every avenue within its power to help the two parties resolve this issue.”

In a separate statement issued in response to Mr McColl’s call for the ships to be scrapped and the project re-started, the Scottish government spokesman said:

“Our commitment is to complete the vessels, protect the workforce and secure a future for the yard. Scrapping the vessels and starting again would not meet those objectives.

“It is also likely that the timescales involved in retendering and subsequent design and construction of vessels from scratch would add considerable delays for the delivery of these much needed vessels.”

The question of why the contract was allowed to drift to the point where it faced cancellation will be examined in a Holyrood inquiry next year.

The rural economy and connectivity committee announced on Friday it will look into the implications for replacement of other ferries in the ageing Cal-Mac fleet.