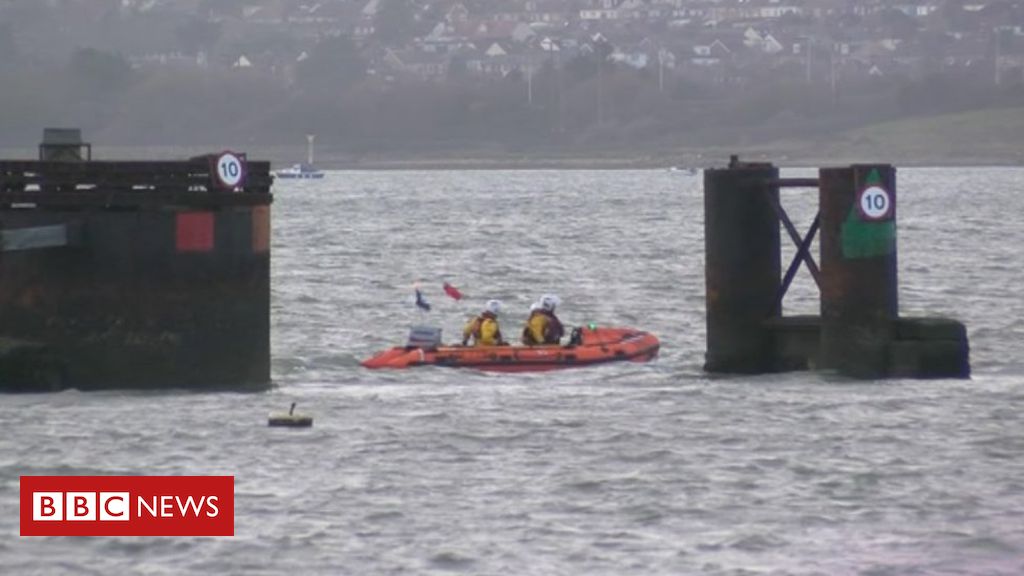 A search for a person missing in the sea off Hampshire has been called off.

A woman was rescued and a search was under way for a person said to be in difficulty at Langstone Harbour, near Hayling Island, at about 13:25 GMT.

The woman was taken to hospital while four lifeboat crews and a coastguard helicopter continued investigating.

The coastguard said nothing had been found and the search was “terminated pending further information” at about 19:00 GMT.

Alan Barnett, from Hayling Island Lifeboat Station, described it as “quite a big search operation.”