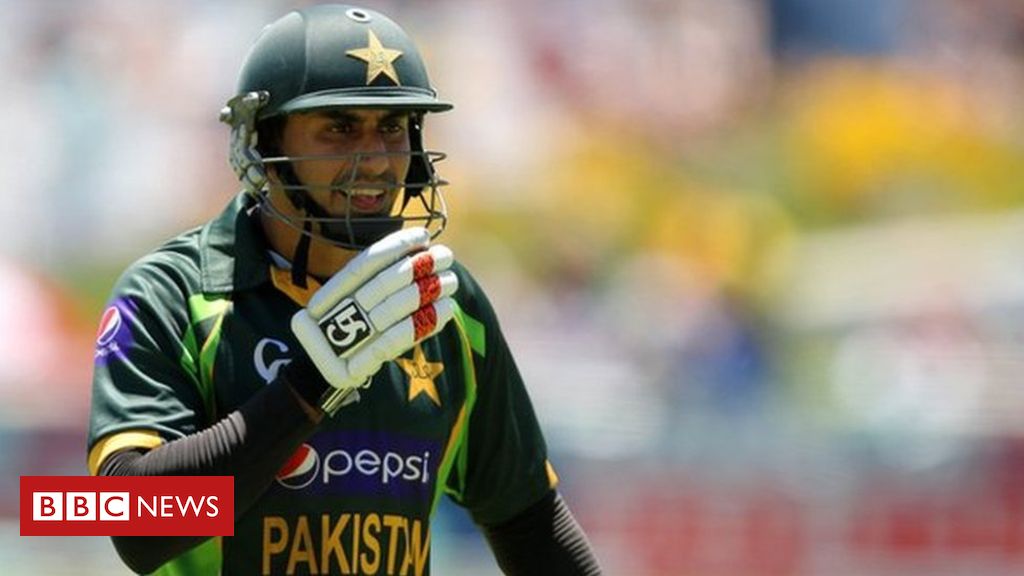 A professional cricketer has pleaded guilty to conspiring to bribe other players to spot-fix in a Twenty20 match.

Nasir Jamshed, 30, from Walsall, in the West Midlands, was the target of bribery but then acted as a go-between, encouraging others in return for money.

Jamshed, who has represented Pakistan over 60 times, changed his plea during his trial at Manchester Crown Court.

He and two other men will be sentenced in February.

Last week Yousef Anwar, 36, of Littlebrook Avenue, Slough, Berkshire, and Mohammed Ijaz, 34, of Chippingham Road, Sheffield, admitted conspiring to offer bribes to professional cricketers, ahead of their trial at the same court.

Prosecutor Andrew Thomas QC said that as part of a National Crime Agency investigation, an undercover police officer infiltrated the network by posing as a member of a corrupt betting syndicate.

That led to the uncovering of an attempted fix in the Bangladesh Premier League (BPL) in 2016 and an actual fix in the Pakistan Super League (PSL) in 2017, with opening batsmen agreeing to not score runs from the first two balls.

Jamshed was targeted for the BPL and then encouraged others to spot-fix in a fixture between Islamabad United and Peshawar Zalmi in Dubai in February 2017.

Anwar, described in court as the ringleader, told the undercover officer he had six players, including Jamshed, working for him in the BPL and freely admitted having been involved in spot-fixing for about 10 years,

The court heard the pair met the officer at a restaurant in Birmingham where plans were discussed for further spot-fixing in the PSL involving cricketers from the Rangpur Riders.

But after the game, players were spoken to and statements taken and mobile phones were seized, Mr Thomas said.

Last year Jamshed was banned from the sport for 10 years following an investigation by the Pakistan Cricket Board’s anti-corruption unit.