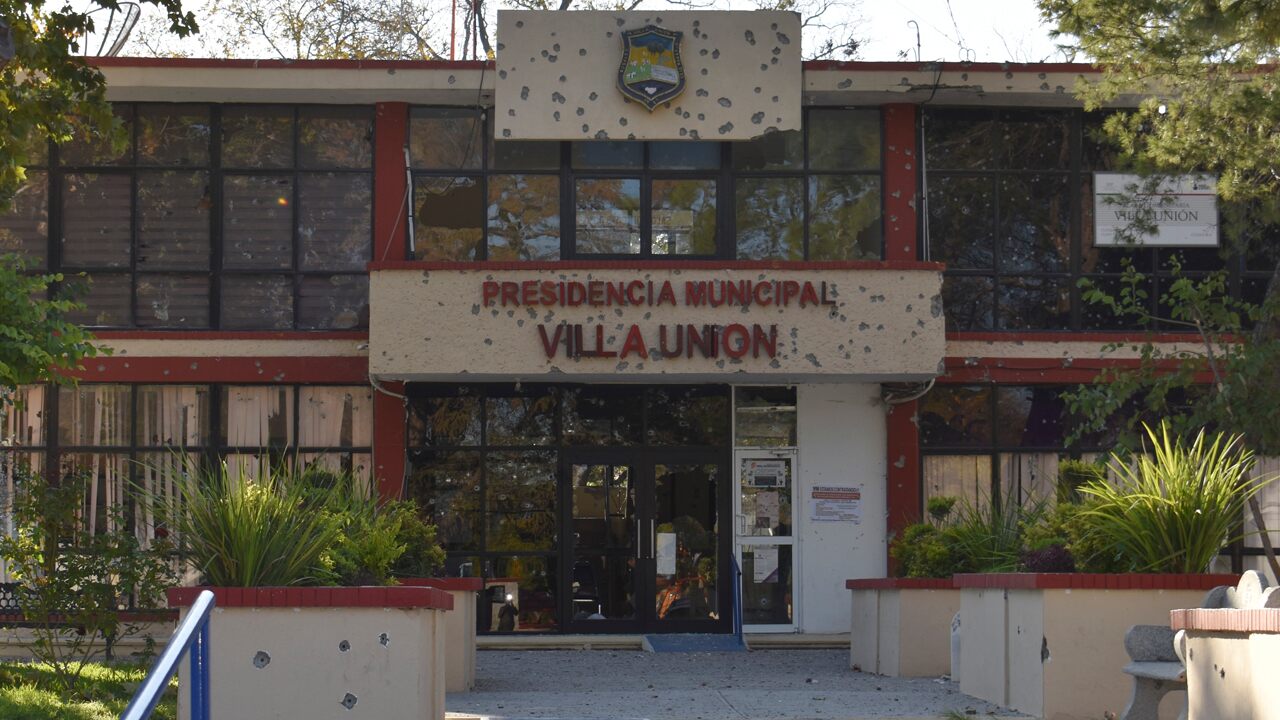 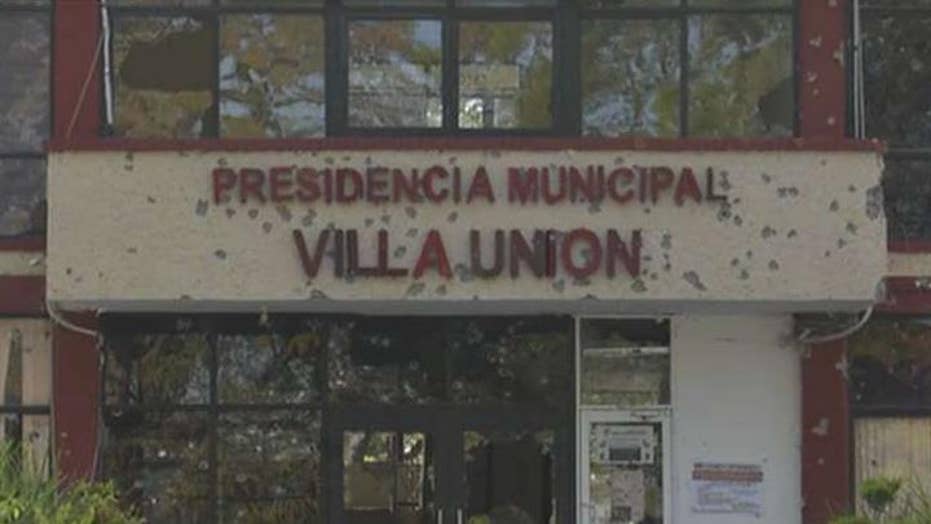 Riquelme told reporters the state had acted “decisively” to take back the town, as videos of the shootout posted on social media showed burned-out vehicles and the facade of Villa Union’s municipal office riddled with bullets.

A damaged black pickup truck with the C.D.N. of the Cartel del Noreste, or Cartel of the Northeast, written in white on its door could be seen on the street in an Associated Press photo.

Riquelme told reporters that police had identified 14 vehicles involved in the attack and seized more than a dozen guns. Three of the suspected gunmen were killed by security forces in the initial pursuit of the gang members as they fled into rugged terrain, according to Reuters.

In the wake of the assault, the governor said that security forces will remain in the town for several days to restore a sense of calm. The town is about 12 miles from the site of a 2011 cartel massacre where officials say 70 died.

“These groups won’t be allowed to enter state territory,” the government of Coahuila said in a statement.

Mexico’s murder rate has increased to historically high levels, inching up by 2 percent in the first 10 months of the presidency of Andrés Manuel López Obrador. Federal officials said recently that there have been 29,414 homicides so far in 2019 – up from 28,869 over the same period last year.

At least 14 people were killed, four of them police officers, after an armed group in a convoy of trucks stormed the town, in Coahuila state, prompting security forces to intervene, state Gov. Miguel Riquelme Solis said. (AP Photo/Gerardo Sanchez)

On Friday — the day before the deadly gunbattle — Mexico’s president said he would not accept any foreign intervention in Mexico to deal with violent criminal gangs after Trump’s comments.

Riquelme on Saturday made similar comments to Lopez Obrador on how Mexico should handle the problem.

“I don’t think that Mexico needs intervention. I think Mexico needs collaboration and cooperation,” he told reporters. “We’re convinced that the state has the power to overcome the criminals.”

U.S. Attorney General William Barr is scheduled to visit Mexico this week to discuss cooperation over security, according to Reuters.