Could Meghan Markle and Prince Harry really be about to leave the Royal family?

Based on the latest report, from Hello! magazine, the couple are considering extending their six-week trip to go all the way through December — and spending little Archie‘s first Christmas with his grandmother Doria Ragland rather than with the Queen Mother at Sandringham House, as is tradition.

Is this more evidence of a break from the monarch?

Speaking of which, Royal watchers got a rather more visible indicator of where Meghan stands with Her Majesty on Sunday, during the Remembrance Day Service.

During the ceremony honoring World War I’s fallen soldiers, Queen Elizabeth, Kate Middleton, and Camilla, Duchess Of Cornwall stood together on one balcony while the Duchess of Sussex was relegated to another window — with Sophie, Countess of Wessex, and Sir Timothy Laurence, husband of Princess Anne.

(No offense, but not exactly Royal A-listers.)

The family members are ordered by seniority, not by fame. So it probably wasn’t anything personal. However, as many onlookers noted Her Majesty seemed rather pleased with the Duchess she got; Elizabeth and Catherine seemed to get on quite well, whispering things to one another throughout the solemn ceremony.

As a source told Vanity Fair recently, this isn’t just our imagination: “the Queen is a fan” of Kate. The Royal insider explained:

“Her mantra is very like the Queen’s ‘keep calm and carry on’ approach in life, and she has the added benefit of making the Royal Family seem almost normal and in touch.”

As opposed to Meghan, an actual commoner? Hmm.

Elizabeth bestowed her Royal Family Order (an honor given only to female Royals) on Catherine in 2018, the first time she’d done so since Camilla in 2007. And according to the source, she was also quite pleased with how the Duchess of Cambridge handled herself on the official trip to Pakistan with Prince William earlier this year. As for Meghan’s big trip this year, well, we know how that went.

So there’s no question — if there’s a favorite between the spouses her grandsons have chosen, it’s undoubtedly Kate.

That of course doesn’t equate to kicking Harry and Meghan out of the Royal Family, but it isn’t exactly evidence the other way either.

Also, is it just us, or has the Queen’s favor seemed quite a bit easier to win for Kate since Meghan joined the family??

Could the kindness being poured on Catherine actually be just to shade Meghan?? That is some 4-dimensional Mean Girl chess, but if anyone is capable of that it’s the Queen.

Where do YOU think Meghan really stands with Her Majesty?? 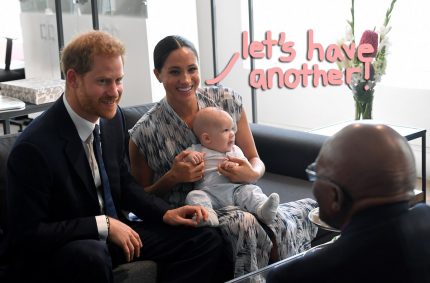 Prince Harry Is ‘Quite Interested’ In Having A Second Child! 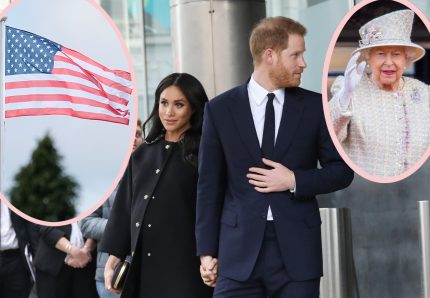 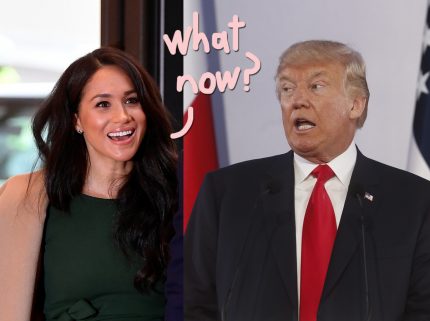 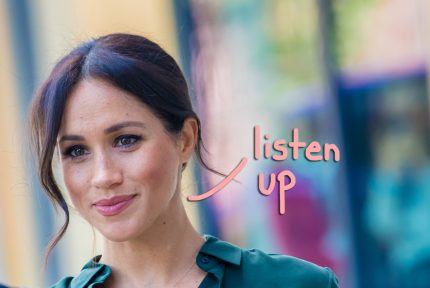