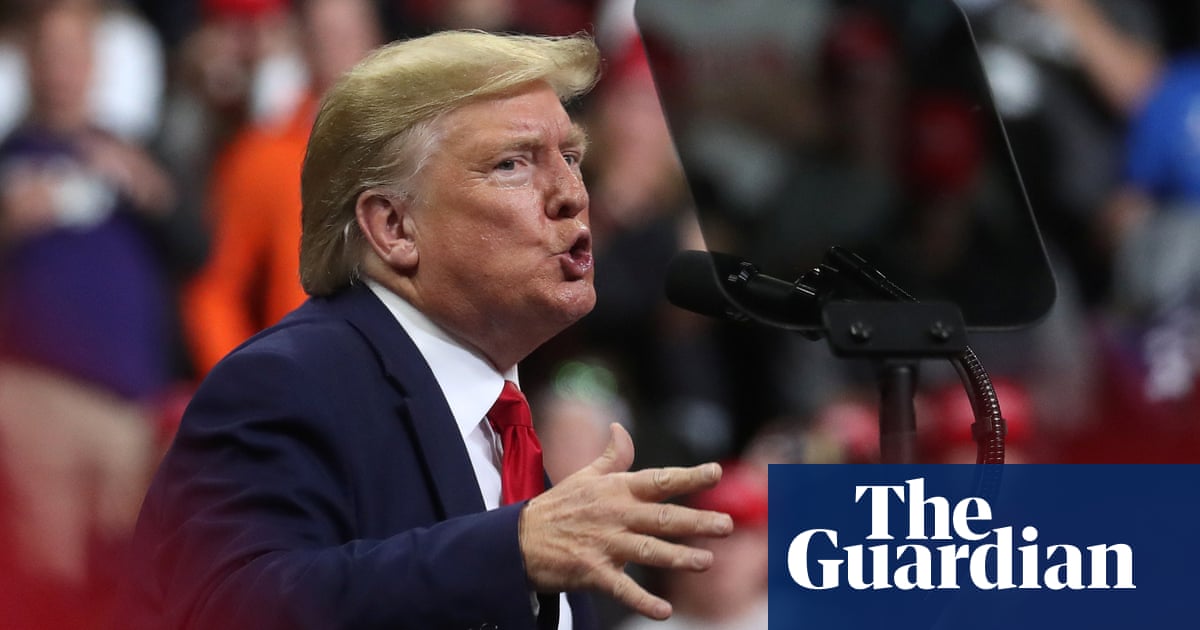 Donald Trump has become a potty-mouth and children are listening, the House speaker, Nancy Pelosi, told Democrats, after the president accused Joe Biden of only [being] a good vice-president because he understood how to kiss Barack Obamas ass.

Trump made the vulgar remark during a lengthy and typically idiosyncratic speech at a rally in Minnesota on Thursday.

With Congress on recess, the speaker spoke to her caucus on a conference call on Friday.

You know, Pelosi said, using an acronym for president of the United States and as quoted by Politico, Potus has become a potty-mouth and children are listening.

This is beyond disgraceful. But for him to say the thing that he said about Joe Biden was so far beyond the pale That has nothing to do with impeachment. That is about elections.

She then (mis)quoted the popular TV show Dragnet, in which a strait-laced detective remorselessly tracked down malefactors and wrongdoers in 1950s Los Angeles.

What we are doing on impeachment is about the facts Just the facts, maam and the constitution. His policy, his personality, his potty-mouth, thats about the election and lets make sure that we understand the inquiry is because he has not honoured his oath of office. We will honour ours.

If the House votes to impeach Trump, which is likely as Democrats control it, the president will be tried in the Senate. The Republicans hold that chamber, making conviction and removal from office unlikely.

Pelosi added: And, the Senate is saying, Now that you are doing that, we are not doing it. You know, just because we have the courage to honour our oath of office doesnt mean we have to fold to the cowardice of the Senate that is not going to honour theirs

Ive said before Trump, himself, is not worthy of impeachment because its divisive in the county. But our constitution is worth it. Our democracy is worth it. And, our republic, if we can save it, is worth it.