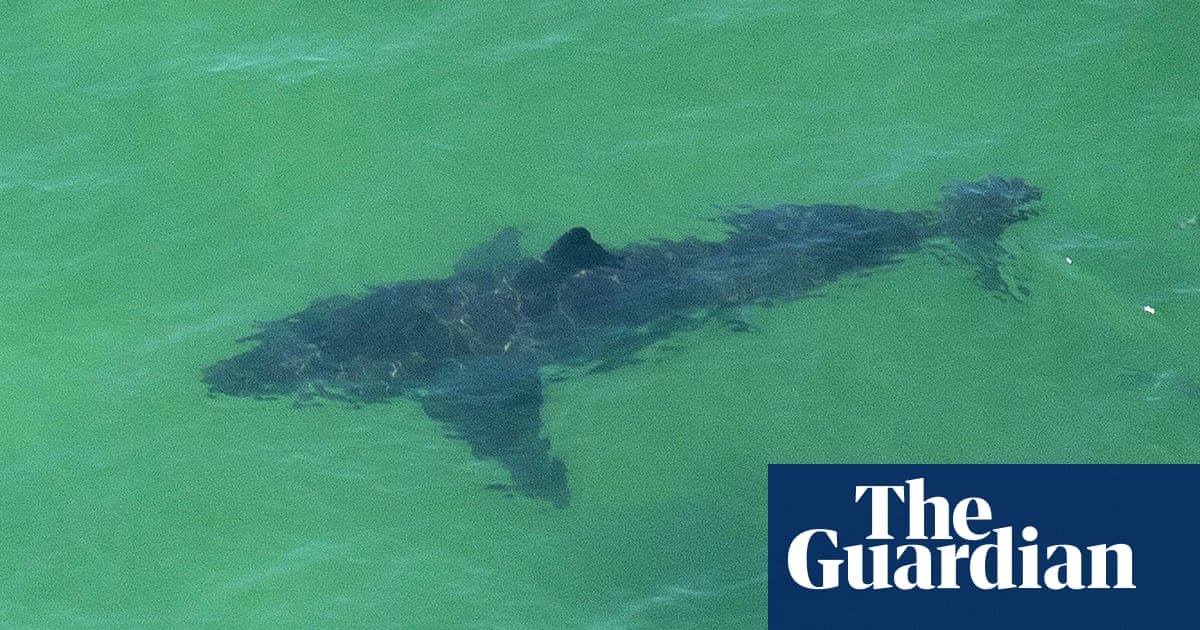 A family fishing in Cape Cod Bay had a close encounter with a great white shark when it leaped from the water to snatch a fish they had caught.

Doug Nelson, of Franklin, who caught the leaping shark on video on Saturday, told New England Cable News it gave us a pretty good scare.

Nelsons son Jack can be seen on the video jumping back as the shark breaches the surface to take the fish from the line.

The Atlantic White Shark Conservancy confirmed it was a great white, as did Marc Costa, captain of the Orleans-based Columbia Sportfishing vessel involved.

Costa said the boat was about three miles west of Great Island in Wellfleet when the shark made its move.

The captain told the Cape Cod Times the encounter just left everyone in awe. One local shark researcher tweeted that it was a good reminder that they dont just eat seals and always be cautious when retrieving your catch.

Great whites have returned to waters off Cape Cod in recent years, thanks in part to federal protections which have also boosted seal populations.

Last September a 26-year-old man died after being bitten by a shark off Wellfleets Newcomb Hollow Beach. A month before that a man suffered serious injuries in an incident off Truro, just to the north.

On Sunday the Atlantic White Shark Conservancy confirmed a report of a white shark off Nauset Beach. According to an alert, the beach was closed to swimming for an hour in the early afternoon.