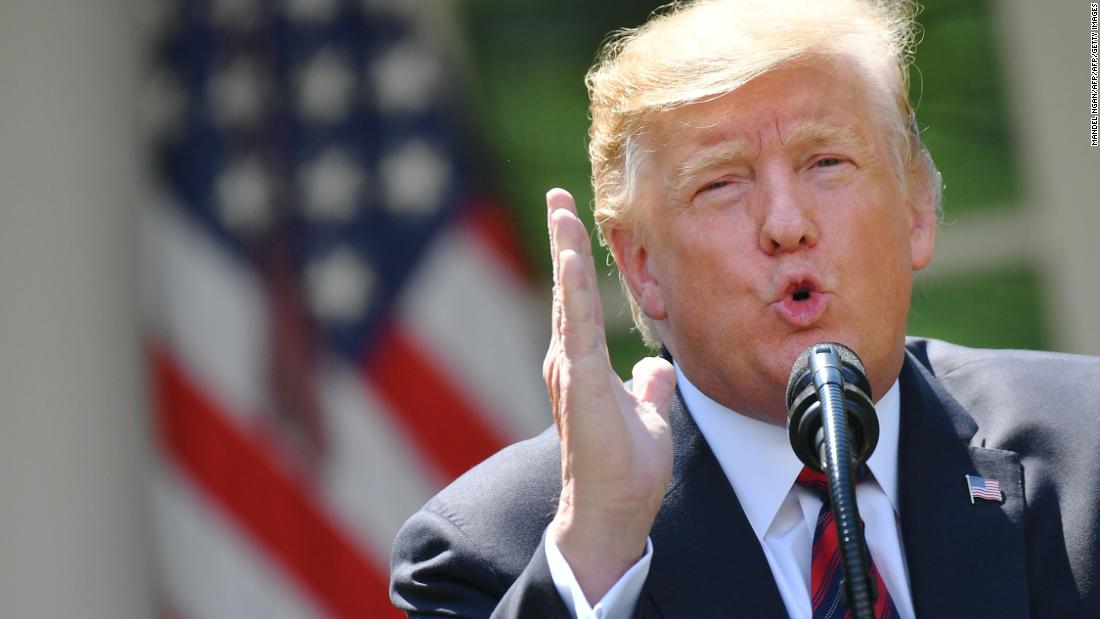 (CNN)President Donald Trump teased on Thursday that he has a “major statement” forthcoming on illegal immigration into the United States from the southern border.

Trump declined to provide more details about his announcement but said he is not closing the southern border to immigration.
“I’m not closing the border, I’m doing something else,” Trump said.
The President said his announcement is expected either Thursday or Friday.
“This is a big league statement. We are going to do something very dramatic on the border because people are coming into our country,” Trump said.
Acting Homeland Security Secretary Kevin McAleenan, traveling in Guatemala, said Thursday morning he has spoken with Trump but did not say anything about a possible announcement.
“In all honestly I was late because the President of the United States wanted an update on my trip — our partnership with Guatemala. So I just got off the phone with him. He’s very happy to hear about our efforts with the government some of the initial successes operationally, announced yesterday. But it’s going to be a whole of the US government effort and whole of Guatemala government and society to work on these challenges together.”
Trump has promised a wall on the US-Mexico border and espoused hardline rhetoric against illegal immigration since the days of his presidential campaign. Two weeks ago from the White House Rose Garden, Trump pitched a broad immigration proposal to reform border security and legal immigration, but the plan landed with a thud and limited congressional interest.
The President’s push for a border wall has been met with resistance from congressional Democrats, and led to the longest shutdown in US history earlier this year when Trump sought $5.7 billion in funding for his border wall.
Congress instead passed a spending package that provides $1.375 billion for approximately 55 miles of new barriers in the Rio Grande Valley sector, with restrictions on where the structures can be mounted and the types of materials used.
On Tuesday, US Customs and Border Protection awarded a contract to build three new miles of wall on federal land in the Rio Grande Valley of Texas, allowing the agency to start construction where no barriers existed before.
Trump’s tease to a border announcement comes the morning after Robert Mueller spoke for the first time about the Russia investigation since he was appointed special counsel.