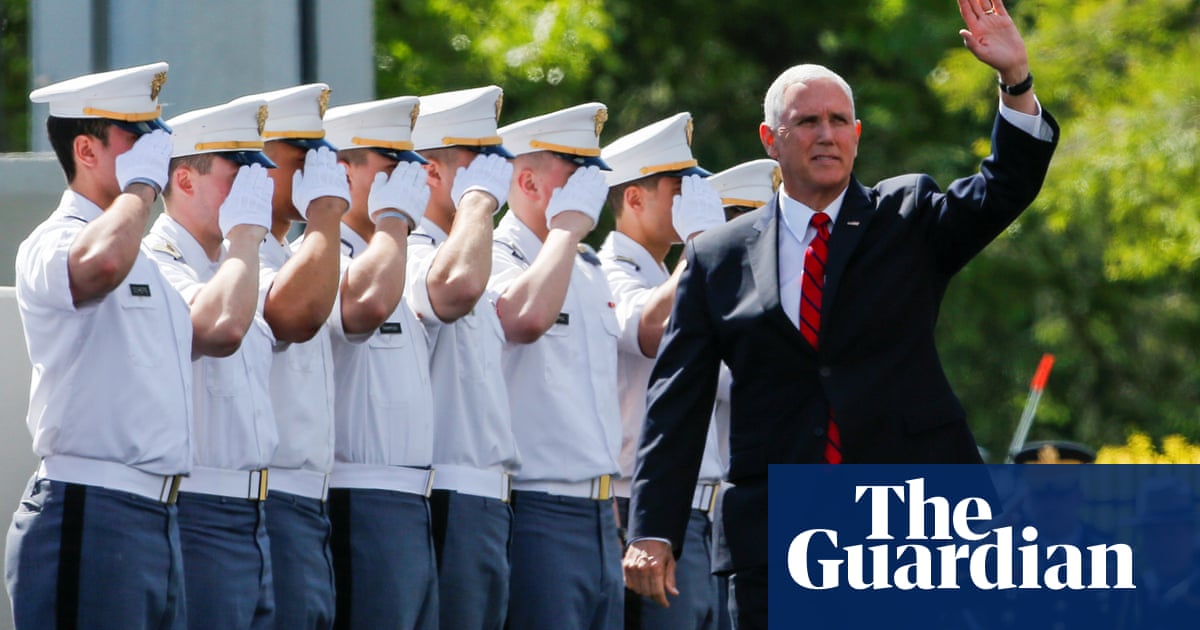 Vice-President Mike Pence has told the most diverse graduating class in the history of the US Military Academy the world is a dangerous place and they should expect to see combat.

Some of you will join the fight against radical Islamic terrorists in Afghanistan and Iraq, he said.

He also said: Some of you may even be called upon to serve in this hemisphere.

The US is currently weighing its options regarding political upheaval in Venezuela.

Pence spoke shortly after the US announced plans to send another 1,500 troops to the Middle East to counter what the Trump administration describes as threats from Iran; as the longest war in US history churns on in Afghanistan; and on the same day national security adviser John Bolton said recent missile tests by North Korea violated United Nations security council resolutions, the first time a senior US official has made such a statement.

The administration is also depending more heavily on the military to deter migrants crossing the US-Mexico border.

Pence congratulated graduates on behalf of the president, who was on a state visit to Japan, and said: As you accept the mantle of leadership I promise you, your commander in chief will always have your back. President Donald Trump is the best friend the men and women of our armed forces will ever have.

More than 980 cadets became army second lieutenants at West Points football stadium. Pence told them Trump has proposed a $750bn defense budget for 2020 and said the US is once again embracing our role as the leader of the free world.

It is a virtual certainty that you will fight on a battlefield for America at some point in your life, Pence said. You will lead soldiers in combat. It will happen. Some of you may even be called upon to serve in this hemisphere.

The class was the most diverse in West Points history, and Pence said he wanted to acknowledge the historic milestones that were marking today. The 2019 cadets included 34 black women and 223 women, both all-time highs since the first female cadets graduated in 1980. The academy graduated its 5,000th woman on Saturday.

The 110 African Americans who graduated were double the number from 2013. Pence said graduates also included the academys 1,000th Jewish cadet.

Pence did not serve in the military but noted that his late father served in the Korean War.

And as I stand before you today here at West Point I cant help but think that First Lt Edward J Pence, looking down from glory, is finally impressed with his third son, Pence said. So thank you for the honor.

The ceremony was Pences second visit to West Point and his first as commencement speaker. Trump has not addressed the cadets as many presidents have before him. In 2017, then defense secretary Jim Mattis spoke. In 2018 it was Gen Joseph Dunford, the chair of the joint chiefs of staff, like Mattis a marine.

Perhaps most famously, George W Bush used the 2002 ceremony to outline his doctrine of pre-emptive intervention that led the US into Iraq.

From the end of the Vietnam war until the aftermath of the September 11 attacks, no West Point class graduated at a time when the US was at war. Since 2002, every class has done so.