On Sunday, the National Security Council announced that the U.S. was sending a carrier strike group and a bomber task force to the Persian Gulf in response to troubling and escalatory warnings from Iranan eye-popping move that raised fears of a potential military confrontation with Tehran. Justifying the move, anonymous government officials cited intelligence indicating Iran had crafted plans to use proxies to strike U.S. forces, both off the coast of Yemen and stationed in Iraq. National Security Adviser John Bolton also discussed the intelligence on the record. A consensus appeared to be emerging: that Iran was gearing up for war.

But multiple sources close to the situation told The Daily Beast that the administration blew it out of proportion, characterizing the threat as more significant than it actually was.

Its not that the administration is mischaracterizing the intelligence, so much as overreacting to it, said one U.S. government official briefed on it.

Another source familiar with the situation agreed that the Trump administrations response was an overreaction but didnt dispute that a threat exists. Gen. Qasem Soleimanithe head of the Quds Force, Irans covert action armhas told proxy forces in Iraq that a conflict with the U.S. will come soon, this source noted.

I would characterize the current situation as shaping operations on both sides to tilt the field in preparation for a possible coming conflict, continued the second source, who is also a U.S. government official. The risk is a low-level proxy unit miscalculating and escalating things. Were sending a message with this reaction to the intelligence, even though the threat might not be as imminent as portrayed.

Were sending a message with this reaction to the intelligence, even though the threat might not be as imminent as portrayed.
U.S. official

The source added that the administrations steps are a way to tell the Iranian government that the U.S. will hold them responsible for their surrogates actions.

A third U.S. government official close to the situation described the administrations response this way: It is meant to send a clear message and remove any ambiguity from a tense situation. Were demonstrating the overwhelming capability we can bring to the region.

Irans specific intentions may be a subject of debate, but theres little doubt that it has the capability to hit U.S. forces through proxy groups, as the Quds Force demonstrated with lethal efficiency during the Iraq war. According to the State Department, Iranian-backed militants in Iraq killed an estimated 603 U.S. troops between 2003 and 2011, many of them the result of armor-piercing explosively formed projectiles supplied by the Quds Force.

The Daily Beast has not reviewed the intelligence itself, which is all but certain to be classified. That means that the characterization of the intelboth on the record and anonymouslyis crucial. And in this case, there is not a consensus in intelligence and military circles on whether the administrations interpretation, used to justify the deployment of an addition U.S. aircraft carrier and Air Force bomber task force to the Gulf, was accurate.

The interpretation of intelligence, particularly on Iran, can often provoke disagreements within the national security bureaucracy. In 2007, a National Intelligence Estimate concluded with high confidence that Tehran halted its nuclear weapons program in 2003, prompting a controversy over the language used in its top line judgments and fury from those who saw Irans public enrichment of nuclear weapons fuel and development of ballistic missiles as a key part of its program.

A senior administration official insisted the Iranian threat intelligence in this case was strong, and said officials in the office of Gen. Joseph Dunford, chairman of the Joint Chiefs of Staff, drafted the statement and sent it to NSC specifically asking for Bolton to approve it and that it go out from the White House, rather than the Department of Defense, to highlight the threats significance.

President Trump signaled a harsher line on Iran even before he took office. On the campaign trail, Trump pledged to totally dismantle Irans global terror network and once in office his first national security adviser, Michael Flynn, used his inaugural press briefing to declare that Tehran was on notice.

Flynns successor, H.R. McMaster, broke with the president on his uncompromising attitude towards the Islamic Republic, but with the appointment of John Bolton has come a more hawkish return to form.

When militants fired mortars at the U.S. diplomatic compound in Baghdad in September 2018, the White House released a statement saying that it would hold the regime in Tehran accountable for any attack that injured U.S. personnel, and Secretary of State Mike Pompeo cited an increasing and specific threats and incitement to attack our personnel and facilities in Iraq while announcing the relocation of diplomats in Iraq.

Behind the scenes, the Wall Street Journal reported, Bolton alarmed Defense Department officials by asking military planners to present options for a possible strike on Iran in response to the incident.

A strike never came but tension between the Trump administration and Iran, already strained after the U.S. walked away from the U.S.-Iran nuclear agreement, has only increased. In recent weeks, the administration has ratcheted up sanctions on the Islamic Republic even further, announcing that it will no longer grant waivers to countries allowing them to buy Iranian crude oil without risk of U.S. sanctions and designating the Islamic Revolutionary Guard Corps (IRGC) as a foreign terrorist organization.

Sources told The Daily Beast that the administrations decision to designate the Iranian IRGC as a foreign terrorist organization in April likely escalated the tensions that precipitated the showdown that unfurled over the weekend.

In response, Iranian officials have recently hinted that they would walk away from commitments made under the nuclear deal to limit enrichment of uranium fuela key component necessary in the production of nuclear weapons.

Despite the apparent intelligence indicating an increased risk to U.S. interests in Iraq, Secretary of State Pompeo made a surprise visit to the country on Tuesday. Pompeo would not offer details on the intelligence about an Iranian threat but said, This would be an effort to take American forces out that continue our campaign against ISIS, something thats incredibly important to the Iraqi Government.

Afshon Ostovar, an assistant professor at the Naval Postgraduate School who studies Iran and the IRGC, said that Iranian leaders have focused on trying to wait out the Trump administration, but that pressure campaign waged by the White House has led to some internal tension over the policy.

I suspect that there are some in Iran, particularly some among the IRGC, that would like to push back now. However, it seems that Irans leaders are continuing to stress patience, Ostovar said. Yet every time pressure on Iran increases through additional sanctions, rhetoric, or posturing, I suspect the patience of Irans leaders, and their ability to hold back those that advocate retribution against the US, grows thinner.

When Bolton took the unusual step of announcing that the USS Abraham Lincoln carrier strike group and an Air Force bomber task force were headed to the Gulf, he said that the movement was in response to a number of troubling and escalatory indications and warnings.

But one congressional aide cast doubt on the claim that intelligence alone had driven the deployments. The administration, the source told The Daily Beast, was pivoting off posture moves already underway to respond to what they interpret as real risk in the intelligence reporting.

Still, the aggressive messaging, meant to dissuade Iran from unleashing its proxies on the U.S., could end up backfiring, the aide told The Daily Beast. Even if you view it as non-escalatory or in the escalate to de-escalate school (where a tough message is essential to walk things back) its taking place in an environment of increased pressure, including the IRGC designation. That context matters. 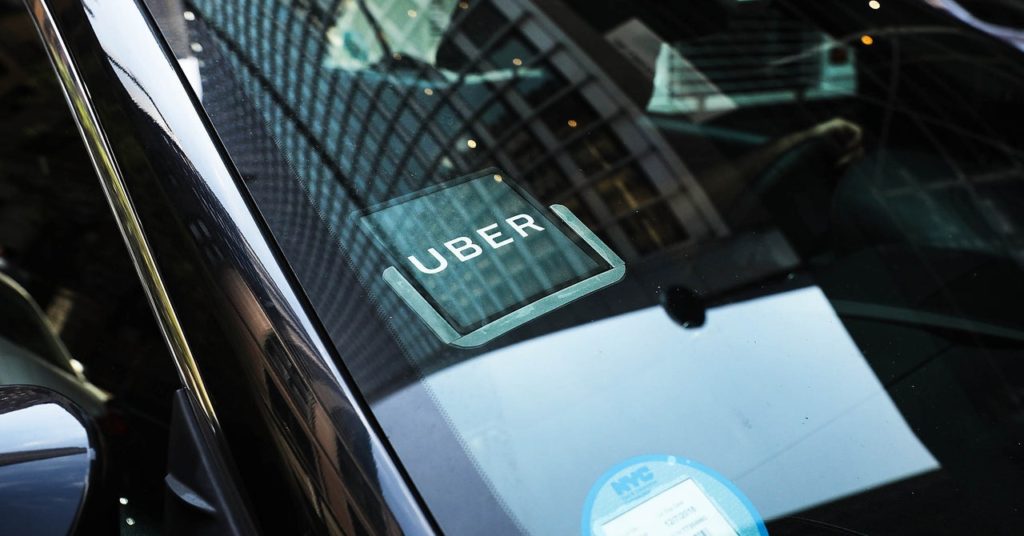 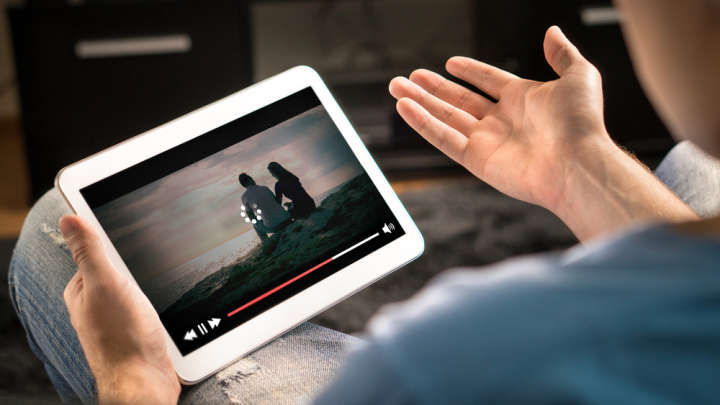 March 31, 2020 NewsEditor
The year is 2020. After watching parts of the planet burn and the arrival of a global pandemic, just to top it... 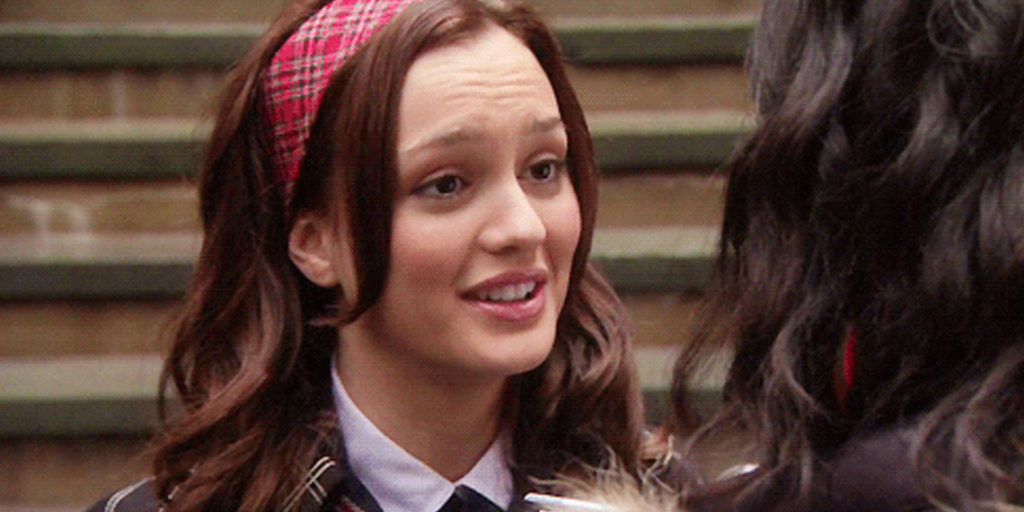