Russian, 30, admitted conspiracy to act as a Russian agent after building a network that reached into Donald Trumps circle 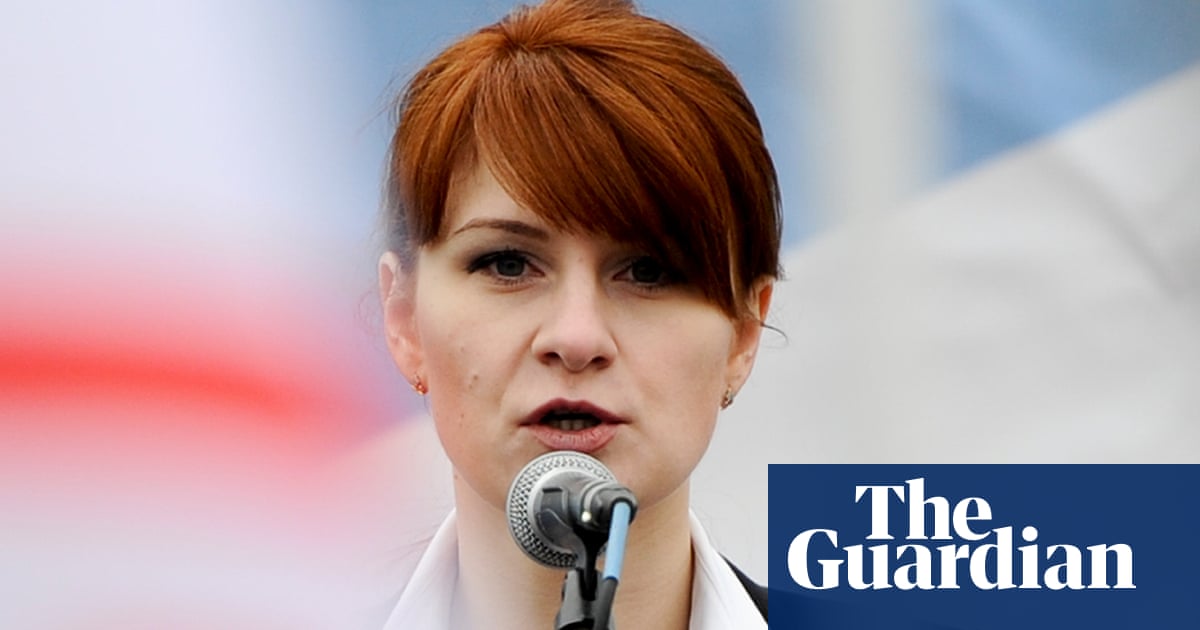 A federal judge sentenced the Russian gun-rights activist Maria Butina to 18 months in prison on Friday, after she tried to infiltrate US conservative groups and the National Rifle Association to promote Russian political interests around the 2016 election.

After serving time in prison, Butina, 30, would be deported, a US district court judge said in a ruling the Russian embassy in Washington attacked as political and driven by repressive US legislation.

The judgment, which Butina can appeal, is a turning point in a high-profile case that came amid speculation over the extent of Russian interference in American politics.

Butina, who has been in custody since her arrest last summer, hadadmitted conspiracy to act as an unregistered agent for Russia at the US district court for the District of Columbia in December, and began cooperating with the US authorities.

Prosecutors did not consider her a traditional spy but had concerns that she was a threat to national security.

Butina built a powerful network that reached into Donald Trumps circle, tried to infiltrate the NRA, whose annual meeting Trump and Mike Pence are addressing on Friday, and relay intelligence on American politicians to a Russian government official.

She had cast herself as a comparative innocent caught up in a massive geopolitical power game and at Fridays sentencing hearing, Butina appealed to Judge Tanya Chutkan to release her with nine months of time served.

My reputation is ruined, both here in the United States and abroad, she said, asking for a chance to go home and restart my life.

Chutkan, however, fully complied with the governments recommendation and sentenced Butina to spend an additional nine months behind bars, before being deported. The judge said the sentence was meant to reflect the seriousness of [Butinas actions] and to promote deterrence.

Butinas lawyers decried the judgment as overly harsh; they had characterized Butina as a naive but ambitious international affairs student who simply didnt realize her actions required her to register as an agent of a foreign government.

The Russian embassy in Washington responded to the sentence in a Facebook post that Butina is a political prisoner, a victim of provocations by special services and the arbitrary use of repressive US legislation. We insist on the innocence of our compatriot. We demand her immediate release. We will continue to provide her with comprehensive consular and legal assistance.

Leonid Slutsky, chairman of the foreign affairs committee in the lower house of the Russian parliament, said the case was political and fabricated from air poisoned with Russophobia.

It is necessary to continue the fight, to file an appeal and to do everything in our power for Maria Butina to return to Russia as soon as possible, Slutsky was quoted as saying by the state news agency Tass.

Butina is a former graduate student at American University in Washington and an enthusiastic gun rights activist. Prosecutors said she drafted a proposal entitled Description of Diplomacy Project in March 2015 before Trump launched his election campaign to develop ties with the Republicans with the aim of influencing US foreign policy.

The statement of offense noted: Further, Butina opined that the circumstances were favorable for building relations with a certain US political party (hereafter, Political Party #1). Butina predicted that the candidate nominated by Political Party #1 would likely win the upcoming US presidential election.

She did not shy away from the spotlight. In July 2015 Butina was selected to ask Trump a question about his plans for ties with Russia at a rally in Las Vegas. In what are thought to be his first public remarks on the issue, the novice candidate replied: I believe I would get along very nicely with Putin I dont think youd need the sanctions.

Prosecutors also told how Butina worked with her American boyfriend Paul Erickson, a longtime Republican operative and insider at the NRA, to pursue the plot.

The scheme was guided and financed in part by Alexander Torshin, an ally of the Russian president, Vladimir Putin.

Butina had faced a maximum sentence of five years in prison. Her case is unrelated to special counsel Robert Muellers investigation into Russian interference in the 2016 election, which concluded last month.

A statement from the US attorneys office stated that Butina was guilty of acting as an unregistered agent of a foreign government. There is no doubt she was not simply a grad student at American University, said prosecutor Erik Kenerson.

However, defense attorneys repeatedly disputed the use of the word agent, saying it brought a sinister connotation that Butinas true actions dont merit. Maria was not a spy, said defense attorney Alfred Carry. Her agenda was better relations between Russia and the United States Maria never stole any documents or bribed any officials.

Judge Chutkan, at the end, seemed to sympathize with Butina noting that the defendant did appear to be a diligent student who earned high marks at American University and who supplied dozens of letters vouching for her character from friends, family and professors.

You are not the worst things youve ever done, Judge Chutkan told Butina. You are a young woman. You are smart, youre hard-working and you have a future ahead of you.