MLR came to the Big Apple and it seemed to fit right in: rough, raucous and at the end, to home fans, a genuine nailbiting thrill 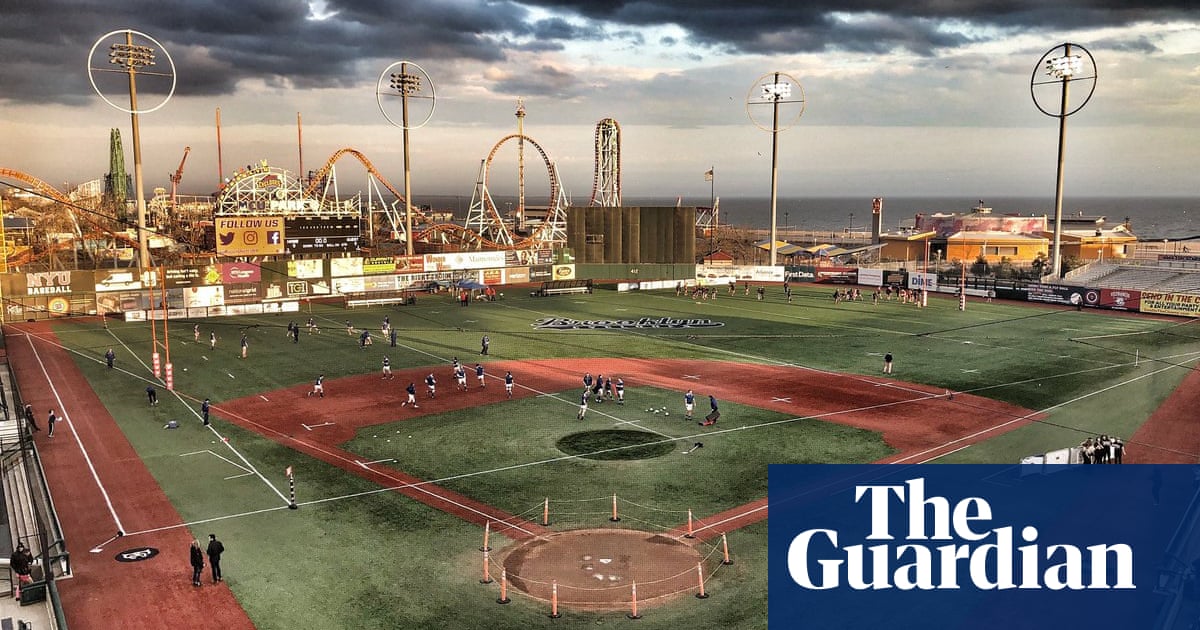 Out on the turf at MCU Park, by the mock dirt of the baseball diamond and the covered pitchers mound, James Kennedy puffed out his cheeks and smiled. Then he offered a very Major League Rugby take on the home debut of his New York rugby union team.

I physically feel, he said, like I played the fucking game.

The owner laughed, of course, as did his players around him as they mixed with friends, family and fans. Rugby United New York (RUNY) had beaten the Toronto Arrows 24-21 with what one local writer, perhaps looking at the football-formatted scoreboard, called a game-winning drive with no time left. In other words, a short-range try with 80 minutes up, the Americans pounding the line, the Canadians tackling like demons.

John Quill scored it, an Irish-born flanker writing his name in New York history after another Irishman turned US Eagle, hooker Dylan Fawsitt, scored the first and second tries on home soil. Or if not soil, turf or damn-near sand: the Coney Island beach was also the backdrop to the American lock Nate Brakeleys try and two conversions from the fly-half, local boy Chris Mattina.

Behind the beach, the dark Atlantic. Above it, storm clouds and a scissoring howl of wind. Somehow, promised rain held off. But New York weather never fails to infuriate. That wind, in Torontos favour in the first 40, disappeared completely at halftime.

Amazing, Kennedy said. But you heard the crowd, they got into it.

They did when New York attacked, although they were quieted for long stretches by Torontos snappish short drives and sharp backs moves, former Manawatu fly-half Sam Malcolm a chivvying dynamo, kicking 10 points around tries by the scrum-half Andrew Ferguson and centre Guiseppe du Toit. And, as it happens, any thoughts this writer had of complaining about his chilled fingers were stilled by a halftime chat with Arrows analyst Rodin Lozada. A couple of rounds ago, in the snows of Glendale, Colorado, it was so cold Malcolm left the field incoherent and one of the centres fainted in the post-game shower.

This is frontier rugby in every sense, rough and ready and reliably entertaining. RUNY won their first game in the sun of San Diego but their first in their own city was as raw and honest as that horrible wind off the ocean.

RUNYs slogan is Unite the Empire, as in the Empire State. Their fans wore shirts and splash jackets bearing the names of hometown clubs. Xavier, Pelham, Monmouth, Adirondack. The whole thing is so new they were trying out their chants. RUNY, RUNY sounded a bit like something from a DC United game, or maybe the cry of a lone British paparazzo outside a Washington courthouse. Lets go RUNY was probably a bit too Yankees for the home of the Brooklyn Cyclones, named for the roller coaster, affiliated to the storied New York Mets.

But RUNY wear the orange and blue of the Mets and the Knicks and it did feel very New York, as Kennedy said of the buzz as the game built to its finish. Catcalls and boos greeted Canadian counters and one promising but quickly doused fight. In a break in play, when the girls from the Brooklyn School of Irish Dance missed their cue, a chap in a suit and a RUNY scarf, perhaps a few Coney Island Mermaids to the wind, saw his chance. Up on a dugout roof he Riverdanced his heart out, to delighted cheers and whistles.