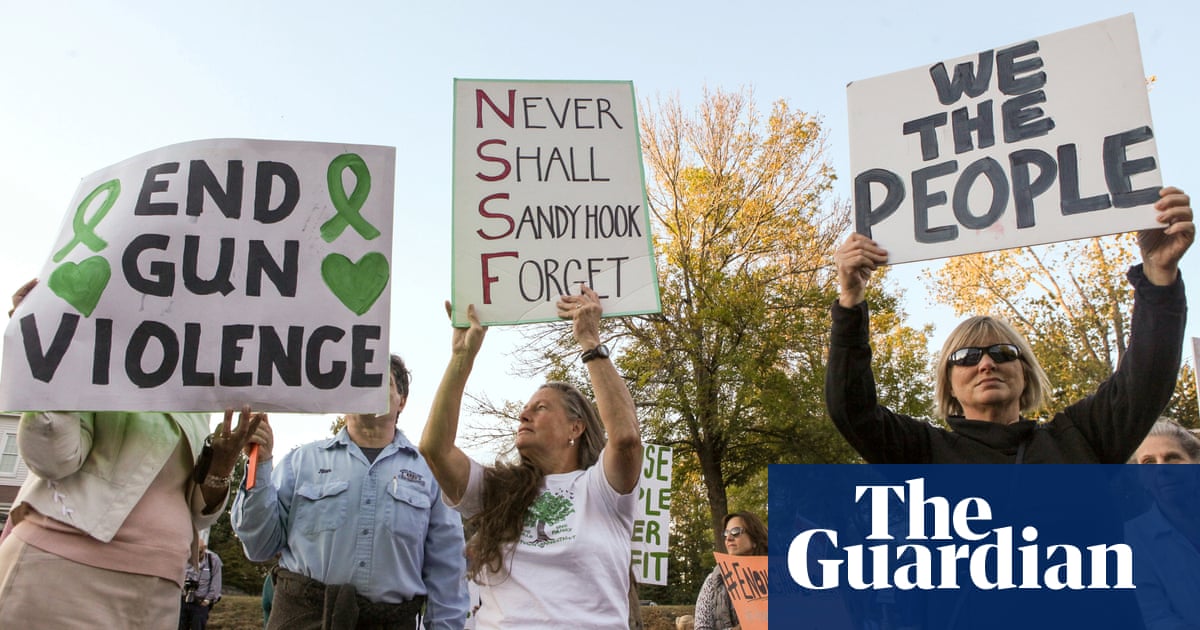 The Connecticut supreme court has dealt a blow to gun manufacturers by ruling that victims of the 2012 Sandy Hook school shooting could go to trial against Remington Arms, on the grounds that the gun company irresponsibly marketed the gun used in the shooting to high-risk individuals.

The families are grateful that our states supreme court has rejected the gun industrys bid for complete immunity, not only from the consequences of their reckless conduct but also from the truth-seeking discovery process, Josh Koskoff, one of the lawyers representing the Sandy Hook families, said.

The families goal has always been to shed light on Remingtons calculated and profit-driven strategy to expand the AR-15 market and court high-risk users, all at the expense of Americans safety, Koskoff added. Todays decision is a critical step toward achieving that goal.

The lawsuit, which was brought by the families of nine children killed in the shooting in Newtown, argued that Remingtons marketing of its AR-15 Bushmaster rifle ran afoul of Connecticuts state trade law by irresponsibly targeting young, high-risk males with militaristic marketing and product placement in first-person shooter games.

The key question the court had to rule on was whether an individual who does not have a business relationship with the defendant can sue for unfair trade practices.

The people suing here have no business relationship with Remington, said Timothy Lytton, a law professor at Georgia State University.

They never bought a firearm. They never were involved in any transaction. Remington is unaware of them. There is no contract between them. These are shooting victims.

The court ruled that people who are injured by unfair trade practices in this case a firearm manufacturers marketing strategy can sue.

Weapons manufacturers are the only companies in the US that are not able to be sued for the deaths and injuries their products cause.

In the 1990s and mid-2000s, more than 30 municipalities around the country sued gun manufacturers to try to hold them accountable for profiting from gun manufacturing and sales while wilfully ignoring gun violence caused by the criminal gun market.

Most of those cases were thrown out and none of the lawsuits succeeded in court in part over fears frivolous lawsuits would harm gun manufacturers and small business owners.

Aided by lobbying efforts from the NRA, Congress passed the Protection of Lawful Commerce in Arms Act (PLCAA) in 2005, which shielded gun companies and dealers from liability lawsuits. Gun companies can still be sued for defective products, for breaking gun sales laws and for negligent entrustment or for selling a firearm to people who would clearly misuse them.

The Sandy Hook plaintiffs have taken up the negligent entrustment exception in the PLCAA by arguing that Remington was careless when it marketed the AR-15 style gun that was used in the shooting. The case was first filed in state court and moved to federal district court, then back to state court, where a judge dismissed the case, citing PLCAA immunity. The families appealed to the Connecticut supreme court to reverse the decision and allow the case to go to trial by jury.

PLCAA was specifically designed to shut down this litigation, Lytton said, noting that both the gun industry and Congress did not want gun manufacturers to face continuous legal pressure from victims.

The decision paves the way for future lawsuits of a similar ilk. First filed in 2014, it spent years ping-ponging through the lower courts before appealing to the Connecticut supreme court last year.

The larger implications of this are that the Connecticut supreme court has just blown a giant hole in the PLCAA and in federal immunity for firearms manufacturers, Lytton said.

Lytton said the supreme court would be likely to take up the case. He said: What were talking about here is the interpretation of a federal statute and that falls squarely in the jurisdiction of the supreme court.

There is no issue thats hotter than gun violence in the United States.

The ruling could also shift the gun violence debate spotlight away from retailers, criminal misuse and the NRA, and on to manufacturers.

This case is likely to strengthen that effort regardless of what the supreme court does, to focus attention on the gun designs and marketing practices of manufacturers. Thats going to be a shift in terms of the primary front of the gun control debate, Lytton concluded.