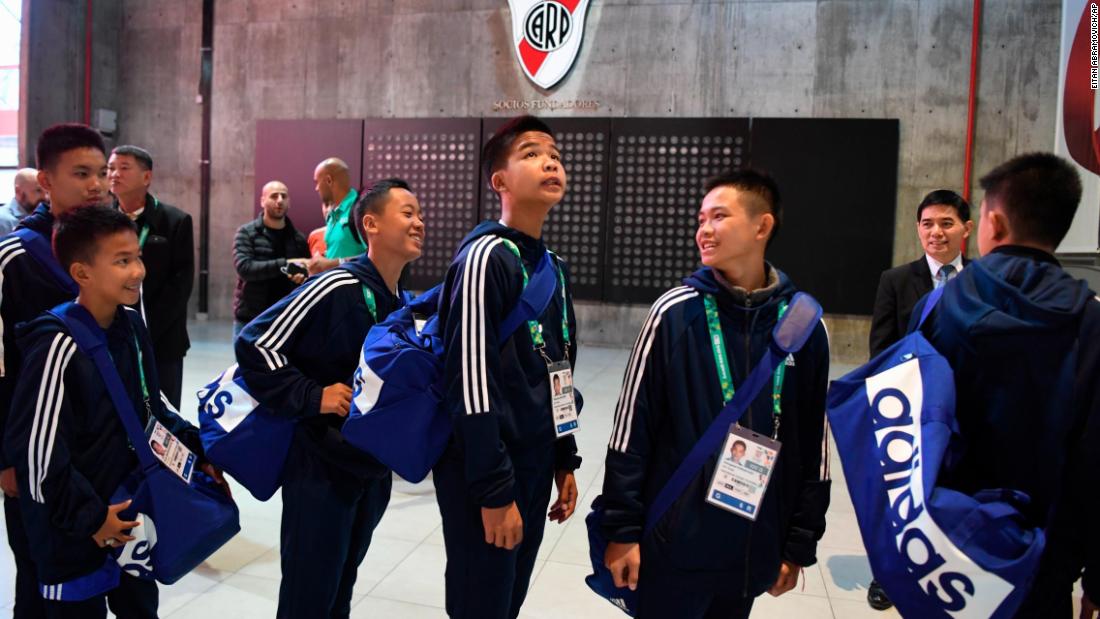 (CNN)The Thai soccer team whose escape from a waterlogged cave transfixed the world appeared on the US talk show “Ellen” on Monday, where they had a surprise meeting with their hero soccer player Zlatan Ibrahimovic.

International cave diving experts evacuated the team members one-by-one through the submerged cave system, in a carefully coordinated operation that captured the world’s attention.
As a present, DeGeneres gifted each of the team a personalized soccer jersey with her logo on the front. Then, after asking who their favorite player was, the host revealed football star Ibrahimovic.
Amid excited smiles from the Thai team, Ibrahimovic high-fived all the players before complimenting them on their bravery.
“I thought I was brave, but these kids, this team, is more braver than me … This is probably the best team in the world,” he said.
Speaking through a Thai translator, the boys and their coach took turns answering questions. They said they didn’t know their rescue was being so closely watched until they arrived in the hospital following their escape.
When DeGeneres asked if it was true that three boys had their birthdays while being stuck in the cave, there was a groan of sympathy from the audience.
Then the translator corrected her that it was actually four boys. “Happy birthday!” DeGeneres said, followed by applause. The boys elaborated later that they didn’t celebrate their birthdays while they were in the cave.
Courtesy of DeGeneres, the Thai boys were then given passes to see Ibrahimovic play in his next game with the LA Galaxy football club.
Asked what they wanted to do in the future, the boys said they wanted to receive a “good education” and get “good jobs.” “(Also to) be a professional soccer player so that they can take care of their families,” the translator said, to applause.
The team’s appearance follows an earlier trip to the Youth Olympic Summer Games in Buenos Aires, Argentina, where they toured soccer club River Plate’s Monumental stadium.