Last week was a busy one. Between the government shutdown and deciding whether or not—in light of former USA Gymnastics doctor Larry Nassar being sentenced to 175 years in prison for decades of sexual abuse—the internet has a new hero in Judge Rosemarie Aquilina, a lot went down. It was also a week that marked the passing of author Ursula Le Guin and the Fall frontman Mark E. Smith. Really, there was a lot going on. In addition to all of that, there was also… this.

We Know What President Trump Did Last Summer

What Happened: Remember how President Trump said he wasn't looking to fire the special counsel investigating him? Turns out, he tried to do that very thing last year.

What Really Happened: Just days after President Trump was saying that he would speak to special council Robert Mueller under oath as part of the ongoing investigation into Russian interference in the 2016 election, the political establishment was rocked by a story in The New York Times and quickly backed up by the Washington Post that he had actually tried to fire Mueller in June of last year, only stopping when the White House counsel threatened to resign over the matter. (Shades of Nixon’s Saturday Night Massacre, as some people noticed.)

As the story went wide across the internet, many wondered why this story, which took place last summer, was breaking now. Others believed they had the answer.

Perhaps the most surprising thing about the whole kerfuffle, though, is that (as of this writing) Trump has yet to address the matter on Twitter, although he did deny that it was true during a public appearance in Davos, where he was speaking with other world leaders. There’s a slight complication with that denial, however.

So, is this the president lying, or is this the result of a disorganized White House that didn’t know to push back on the reports when they first appeared? And where do the multiple confirmations to reporters stand in all of this?

What Happened: The White House manages to unite liberals and conservatives by releasing an immigration policy no one likes.

What Really Happened: The issue of immigration has always been central to the political landscape, but never moreso than during the tenure of President Trump, who is pro-wall and anti-shitholes. After Deferred Action for Childhood Arrivals, or DACA, both shutdown the government and then reopened it again, the White House this week unveiled its own framework for immigration reform. It was … bold.

Details of what the White House was offering started to emerge in initial media reports, and, well, it definitely doesn’t seem like the best deal.

If it’s such a hardline reform that reduces immigration quite so much, then presumably, Republicans must be into it, right?

In other words, expect this one to run and run. Like it has been doing since then-candidate Trump called Mexicans rapists and criminals.

The Takeaway: If only there was some kind of lesson to be learned from this whole debacle…

The First Rule of Fight Club Is, Text About Fight Club

What Really Happened: The ever-ongoing rightwing conspiracies about a “Deep State” conspiracy against the president got even weirder this week—yes, even weirder than when Eric Trump seemed to suggest that Ellen DeGeneres was part of the Deep State. This time, the new "proof" was a technical snafu.

This mattered because amongst the missing texts were many exchanged between Lisa Page and Peter Strzok, respectively an FBI lawyer and investigator, who were alleged to be at the center of the conspiracy against the president. Turns out, the texts were then recovered, which just caused more outcry, because, Republican lawmakers said, they discussed a secret society, which was proof of the conspiracy! Suffice to say, this got a lot of people very excited.

There was one problem: When the text at the center of the whole thing went public, it was pretty clear that it was just a joke. Soon, even those who’d firmly believed that this was a smoking gun were backing away from the idea:

And, it turns out, not even everyone on Fox News, which happily spread the rumors earlier in the week, was onboard.

Soon enough, the entire idea of the Secret Society became a punchline in and of itself, which is exactly what folks probably wanted.

The Takeaway: Wow, it sure is great that there’s not really serious stuff happening in the world that everyone can focus on conspiracy theories and have elected officials make spurious allegations! Amirite?

The Best Seat in the House

What Happened: Anyone unconvinced by the healing power of art hasn’t heard about the Guggenheim’s amazing ability to offer the ideal piece for every situation.

What Really Happened: File this one under: “Undeniably strange, and yet somehow, as implausible as it seems, true."

Yes, a gold toilet. And it gets better.

No, really, it gets even better than that.

Really, the story at the center of all of this is exactly as good as you think it would be after that initial tease, which might explain why it immediately went viral, because a golden toilet is too perfect for Trump. Twitter, would you like to weigh in?

And, of course, the Guggenheim wasn’t the only ones throwing shade over this particular issue.

The Takeaway: Of course, there’s almost certainly no way that Donald Trump would overreact to being made such a public laughing stock by the art establishment, right? Right?

What Happened: Even the experts are feeling too optimistic about how things are going to turn out, it seems.

What Really Happened: Turns out, it’s not just you who thinks that we’re headed towards the end of the world right now, and not just in that hot new Netflix show kind of way. The Bulletin of the Atomic Scientists—a real thing, honestly—moved the Doomsday Clock to two minutes to midnight this week, the closest to apocalypse the world has been since 1953. It’s a chilling moment, and a reminder that, as a species, we need to take a collective breath and work together to step away from the brink of disaster.

The Takeaway: Who knows? Maybe we were overreacting to the whole thing after all. What’s an apocalypse between friends, you know? 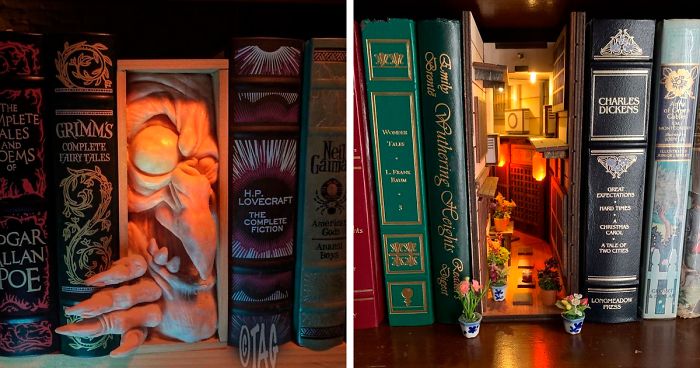