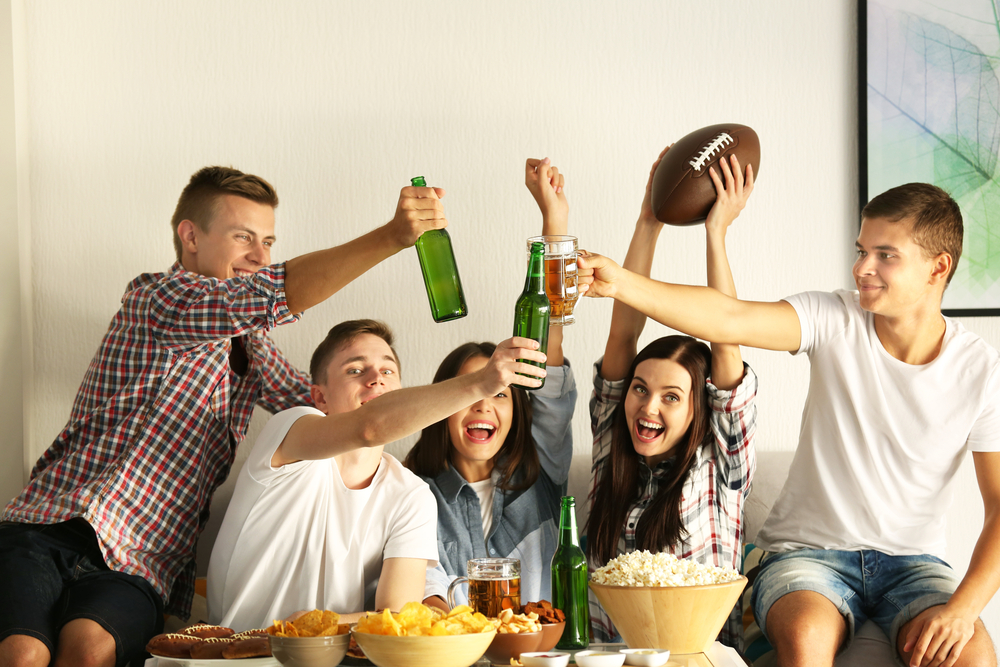 You’ve survived your summer blackout and are finally going to relax this fall, right? Wrong. Obviously the summer was just training you for the marathon season that is football. Whether or not you care about football is not the point. The point is football means getting day drunk, screaming at the TV, and good ratios when it comes to hot bros at the bar. Even better is guys will be wearing their team shirts, which means you can immediately learn enough about them to know if your parents will get along with his. If you truly want to lock in your fall social plans, you want to join a fantasy football league. Here’s how to make it through without looking like you’re just there for the wings.

You don’t need to know every single player there is, because much like the real world, you only need to know the top 10%. However, you should know who’s sitting out for the first few weeks because of an injury. This isn’t hard information to discover mostly because men are obsessed with the health of their players and Google exists. If only guys paid as much attention to us as they do when one of their starting players has a reported sprained ankle.  Avoid drafting injured players first, but if there’s an especially strong pick with rumored injury, you can prob put him on your bench if you want to take the risk.

Honestly, we know you probably want to draft or kill Tom Brady, but the key to fantasy football isn’t usually in the quarterbacks. You def want to have a strong quarterback, but the points are going to come in the Running Backs and Wide Receivers, so don’t waste your first round on the only player in the NFL you know.

The Draft Is An Open Book Test

Literally don’t worry about memorizing any stats, because the answers are all out there and you’re allowed to look them up. There’s plenty of lists on sports websites and blogs that will rank the players in the draft for fantasy for you. You can literally look at a list while the draft is happening and cross check to see if you’re making a smart decision. Ultimately it’s all going to come down to luck anyway, so as long as you have players that can run and catch, you’re going to do decent.

You don’t need to memorize the entire schedule, but if there’s a bye week coming up, you want to make sure all your key players aren’t from the same team. Basically it just means that those teams are taking a break that week.

Don’t Draft Players All From The Same Team

Much like you wouldn’t want to date all of the guys in the same friend group, you also want to vary your options when it comes to football. Sure you might be a “diehard” Broncos fan, but fantasy football is about individual players’ performances, not an entire team. Hence why it’s called fantasy football and not real life football.

It’s Okay To Ask For Suggestions

But don’t necessarily trust everyone. Guys will automatically turn on their mansplaining mode to help you out if you act just a little dumb, but they might also have ulterior motives, considering they truly do not want to lose to you, a female. Therefore, you can solicit suggestions, but if too many men tell you not to draft one player, they probably just want to draft him for their team.