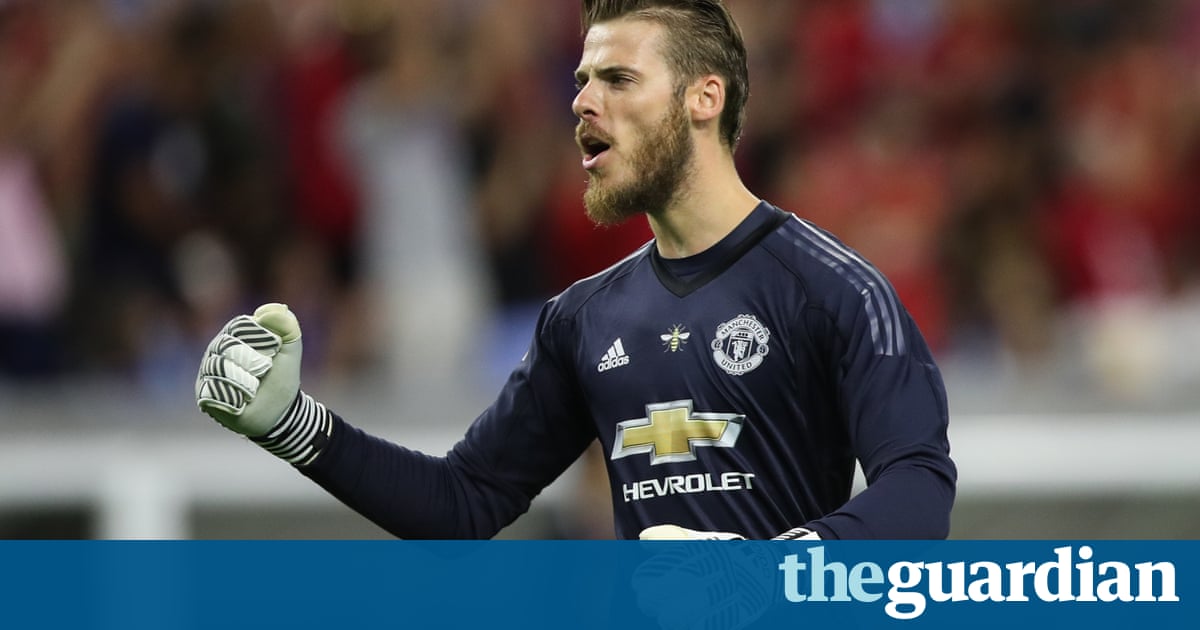 Jose Mourinho has guaranteed 100% that David De Gea will not be sold by Manchester United to Real Madrid or any other club for the coming season.

The manager was speaking in Californias Palo Alto before Sundays tour meeting with Real in San Jose. De Gea nearly moved to the Spanish club two years ago before the transfer collapse on the final day of the 2015 summer window.

United are bracing themselves for a further bid so Mourinhos statement could be a message intended for Real.

I can guarantee that hes not going this season, that I can, and my feeling is it will be very difficult for him to go. Because hes a very honest boy, very straight, he said.

Mourinho suggested United allowed De Gea, who has two years left on his terms, the choice of whether to move to Real.

He was contacted for a long time [by Real], the 54-year-old said. The club was close, then we open because I always have this feeling of when a player has a desire to go I dont like to stop players to go because in the end you dont get what you expect from them if they want to move and they dont.

I dont think the feeling from him [towards Real] is very good. I see him very happy and focused and working better than ever so for me 100% he stays with us.

Of Reals Gareth Bale, a potential target for United, Mourinho said: Same [as Cristiano Ronaldo] he was never on my list. I never felt a desire from him to leave.

Of when those players who have long-term injuries might return, the manager said: Luke Shaw in September, Ashley Young October, Marcos Rojo in December [or] even January.

He added that Timoth Fosu-Mensah, Axel Tuanzebe, Matteo Darmian and Demi Mitchell will all definitely feature against Real.

United have won all three pre-season encounters so far 5-2 against Los Angeles Galaxy, 2-1 against Real Salt Lake and 2-0 against Manchester City.

After the Real encounter United move onto Washington DC for their final match against Barcelona on Wednesday before flying back to Manchester.