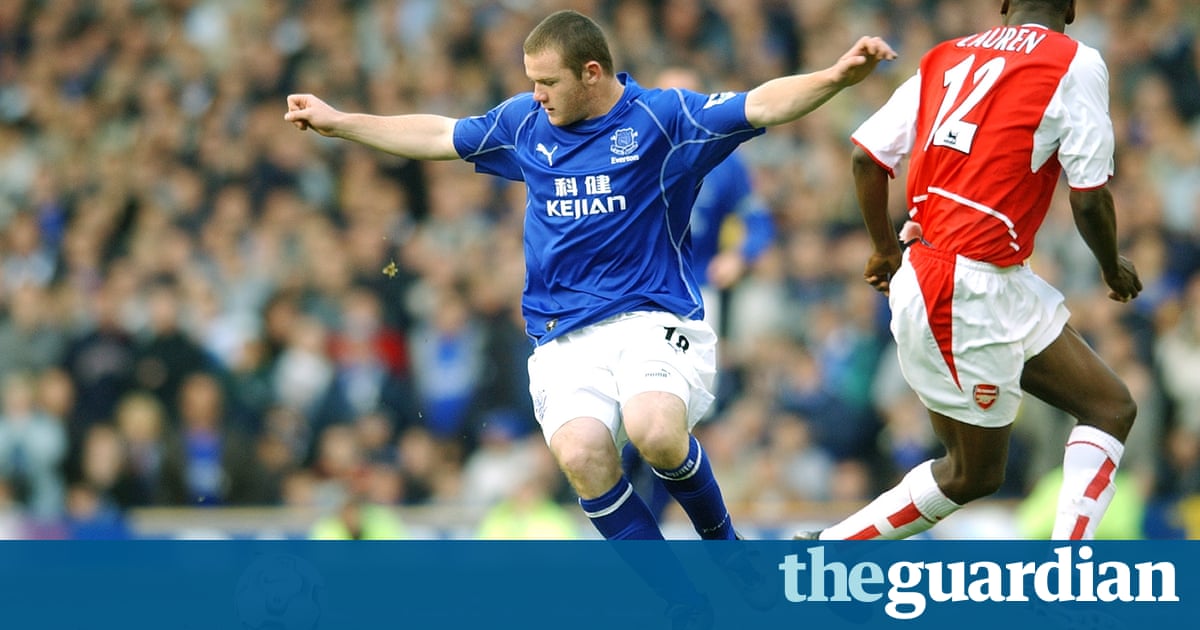 The Goodison Park roof was not quite wrenched from its fittings when Wayne Rooney made his return to Everton colours but perhaps it loosened enough to sow the seeds for what passed two years later. Rooney had felt some apprehension before donning the kit for Duncan Fergusons testimonial in August 2015, aware that his presence had hardly been greeted with universal joy on those annual visits with Manchester United; when it came around, though, the applause was warmand the chants from the GwladysStreet Stand were lusty enough. If nothing else, it suggested that on both sides the old feelings might not be so difficult to reawaken.

It is a safe bet that the decibel levels will be far higher when Rooney steps out for Everton against Stoke on 12August, assuming throats have soothed since a home friendly with Sevilla the weekend before. Evertons support had, broadly, been split over the notion that a player whose departure in 2004 left long-term scars might sign back on with the winter of his career nearing; the likelihood of a reunion grew steadily since that toe was dipped back into the water at Goodison and there is a sense now that a picturebook development of this kind should be embraced.

Rooney has played that side of things well Ive kept it quiet for the last 13 years but Ive been wearing Everton pyjamas at home with my kids, he told the clubs in-house television channel after his transfer was confirmed and only a minority of hardliners in Liverpools blue half would doubt his authenticity. More pertinent is what exactly Rooney can offer and what he represents. The improvements wrought by Ronald Koeman last season have been followed up on by sharp use of Farhad Moshiris funds and a keen anticipation of the post-Romelu Lukaku era. It is not overly damning to state that the sense of purpose around Everton is brisker than at any time since the mid-1980s; upwardly mobile arrivals like Davy Klaessen, Michael Keane, Jordan Pickford and Sandro Ramrez fit a certain mould and in some respects the addition of a forward who turns 32 in October appears divergent.

If Ramrez is firing, Yannick Bolasie fit by January and Ross Barkley suitably engaged, it is difficult to see where Rooney might find a niche. Ademola Lookmans rapid progress cannot be overlooked and then there is Tom Davies, whose strides of last season will be expected to continue. Gylfi Sigurdsson may yet join them from Swansea. All can operate at the tempo Koeman demands while Rooney, although not the physical wreck depicted by those who tiresomely lampooned him during his later years at United, cannot be expected to complete a full season at that kind of tilt. Practically, his greatest use might lie in the versatility that has been as much a curse as a blessing in recent seasons; Rooney has more than enough quality to influence games from across the forward line or playing behind a centreforward, even if only in bursts. Over a long campaign, that blend of experience and adaptability should have ample benefits.

All of this is to second-guess Koemans intentions for Rooney but also to speak blindly of Rooneys own plans. It is clear he wishes to play more football but the end he is aiming for may supersede everything else. Winning silverware with Everton would be the pinnacle, he said the crowning point in a career that has brought 11 major titles. Not everybody in the squad will feel that way, at least not as viscerally. Rooney has changed in the past 13 years but Everton are changing quickly, too; should their stadium move to Bramley Moore dock go through in the next half-decade, their identity will have morphed decisively from that of the club that had never held serious hope of seeing their prodigal sons best years. He embodies, albeit in the most interrupted of ways, continuity; the value of somebody for whom the badge signifies everything, and who justhappens to be Englands best player of this millennium, should transcend the pitch.

We should be winning trophies and I think were taking steps to being involved in trying to win some, Rooney said. It is a reminder that the stakes are higher here than when Thierry Henry returned to Arsenal in 2012, already a serial winner with the club and bearing no burden of unfinished business, or when Robbie Fowler enjoyed a euphoric first half-season back at Liverpool six years previously. Everton are a club growing into their new skin and, having had his successes elsewhere, Rooney cannot afford to be seen as a wallflower in their effort to reach the next level. Yet Koeman is shrewd enough to have calculated his gamble to an infinitesimal degree; should it come off, then the ardour that cautiously reignited two summers ago will reach a temperature nobody had thought possible.