The Rockets have signed Harden to the richest contract extension in NBA history, a deal that will pay the star guard $228m through the 2022-23 season 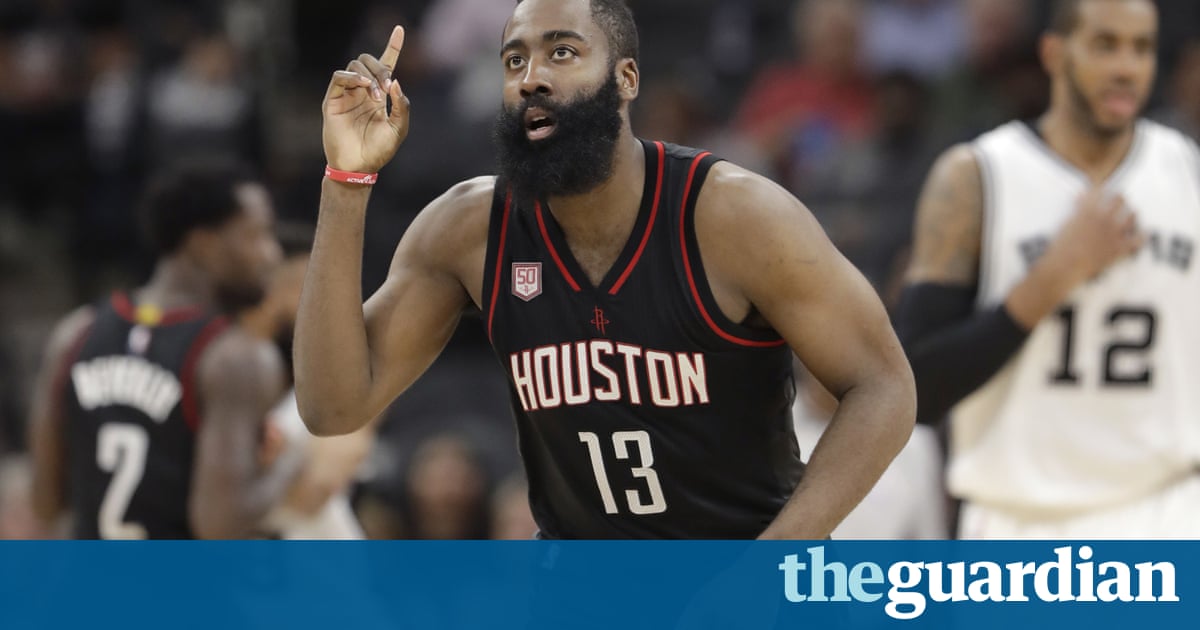 The Beard has the richest contract in NBA history.

The Houston Rockets signed guard James Harden to a four-year contract extension for about $160m on Saturday, giving him a total six-year deal with $228m guaranteed. With Harden under contract on his existing deal for another two seasons, the extension will not affect Houstons aggressive pursuit of free agents this summer as the Rockets try to make a run at the Golden State Warriors.

Since he arrived in Houston, James has exhibited the incredible work ethic, desire to win, and passion to be the best that has made him one of the most unique and talented superstars in the history of the game, Rockets owner Leslie Alexander said in a statement issued by the team. Additionally, the commitment he has shown to our organization, the city of Houston, and Rockets fans all over the world makes him a perfect leader in our pursuit of another championship.

Harden is coming off of his finest season. Moving to point guard for new coach Mike DAntoni, Harden averaged 29.1 points, an NBA-leading 11.2 assists and 8.1 rebounds and finished second in the MVP race to former Oklahoma City teammate Russell Westbrook.

Hardens do-it-all season helped the Rockets bounce back from a massively disappointing 2015-16 season that collapsed under the weight of chemistry issues with the All-Star guard and big man Dwight Howard. With Howard gone, the Rockets put Harden at the center of everything they do on offense, and it paid off in a major way.

Houston went 55-27 in the regular season and beat Westbrook and the Thunder in the first round of the Western Conference semifinals.

Houston is home for me, Harden said. Mr. Alexander has shown he is fully committed to winning and my teammates and I are going to keep putting in the work to get better and compete for the title.

Harden seemed to run out of gas a bit in their semifinals loss to the San Antonio Spurs, and GM Daryl Morey has worked quickly to get him some help this summer.

Morey traded for All-Star point guard Chris Paul, a bold move that gives the Rockets as talented a backcourt as any team in the league. Morey also signed rugged forward PJ Tucker to boost the defense and brought Nene back as well.

And hes not done yet.

This mechanics for this extension are new to the NBA in the latest version of the collective bargaining agreement. Harden was named first team All-NBA, making him eligible for a lucrative, four-year supermax extension that gives him long-term security and also sends a message to the rest of the league that the Rockets are committed to stability as they try to challenge the Warriors in the West.