Ally of Rodrigo Duterte employs Trump-speak to deny that presidents policy has resulted in more than 7,000 being killed by death squads and vigilantes 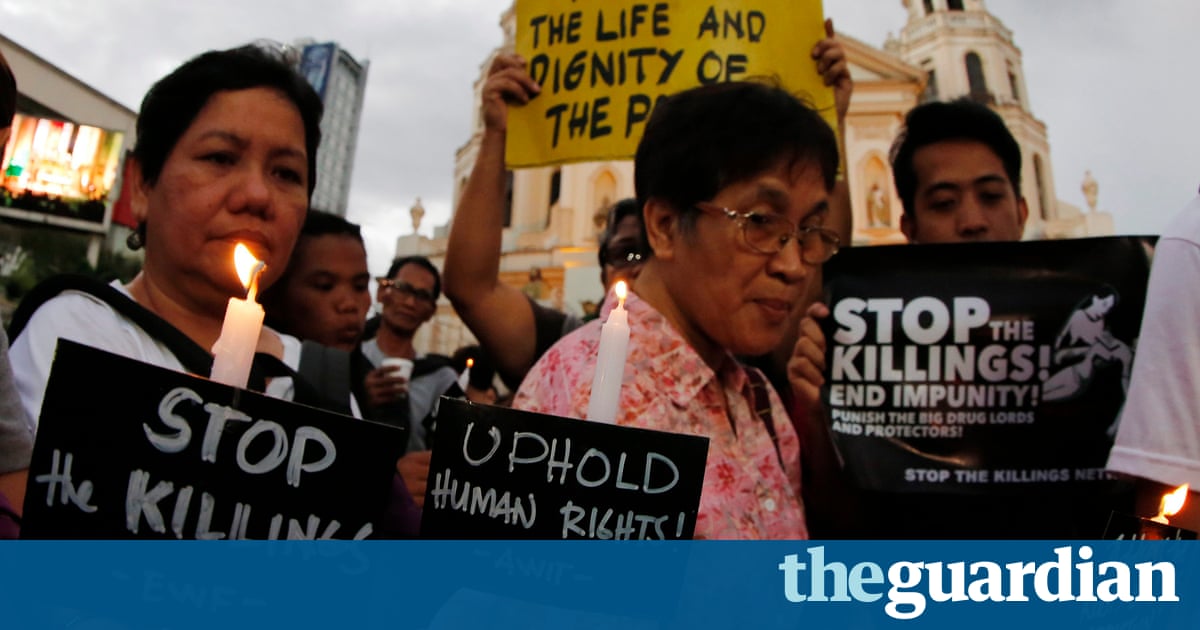 There has been no new wave of killings prompted by the Philippines war on drugs, and reports to the contrary are alternative facts, an ally of President Rodrigo Duterte has told the UN Human Rights Council.

Duterte has received widespread condemnation in the west for failing to curtail the killings and address activists allegations of systematic, state-sponsored murders by police of drug users and dealers, which the authorities reject.

Senator Alan Peter Cayetano said there had been 11,000 to 16,000 killings per year under previous administrations. He said a change in the definition of extrajudicial killings by the Philippine Commission on Human Rights and other critics of Dutertes policies had deceived the public.

There is no new wave of killings in the Philippines, just a political tactic of changing definitions, Cayetano told a UN review in Geneva of the Philippines human rights record.

Make no mistake, any death or killing is one too much. However, there is a deliberate attempt to include all homicides as EJKs [extrajudicial killings] or killings related to the campaign against criminality and illegal drugs, and that these are state-sponsored, which is simply not true.

Since Duterte took office 10 months ago promising an unrelenting campaign to rid the Philippines of drugs, there have been 9,432 homicide cases, including 2,692 deaths from presumed legitimate law enforcement operations, Cayetano said.

Any such death was presumed legitimate under the law, but it was automatically investigated, and Duterte had a zero tolerance policy towards abuse of police power, Cayetano said.

Epimaco Densing, assistant secretary of the department of the interior, told Reuters that 236 police officers had been suspended and were under investigation and about 17 had been dismissed from their jobs and jailed.

Philippine authorities say police have only killed in self-defence during anti-drugs operations. They say the thousands of mysterious murders of drug users are the work of vigilantes or rival drugs gangs.

That is rejected by human rights groups, who say most of those killings followed the same pattern and allege they were carried out by police or hired assassins, while executions were often presented as police killings in self-defence.

The governments denial and deflection of criticism shows it has no intention of complying with its international obligations, said John Fisher, Geneva director at Human Rights Watch.

The UN scrutiny is likely to add to pressure on Duterte. The authorities strongly reject allegations of wrongdoing.

Cayetano told the council public opinion had been swayed by alternative facts spread by critics of Duterte.

The police had arrested 64,917 drug personalities, Cayetano said. Arrested, your excellencies, not killed.

A US diplomat at the Council called on the Philippines to respect international human rights laws and strengthen criminal justice.

The phrase alternative facts was coined by Kellyanne Conway, a senior aide to Donald Trump.

Reuters contributed to this report