Interviewed on TV show screened in Ireland, Fry asked Why should I respect a mean-minded, stupid god who creates a world so full of injustice and pain? 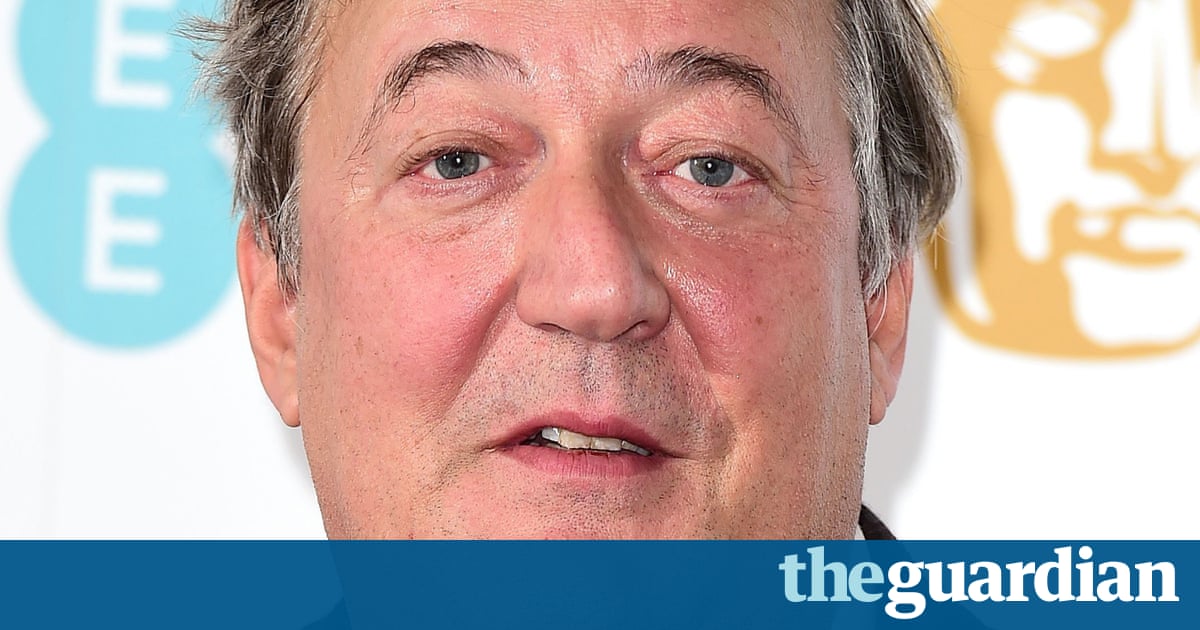 Police in Ireland are investigating a complaint of blasphemy regarding comments made by Stephen Fry on a television programme shown on Irelands state broadcaster, RT.

Garda (police) in Dublin have contacted the man who reported the allegation following a broadcast in February 2015, and a full investigation is due to be carried out, the Irish Independent reported.

Under Irelands Defamation Act 2009 a person who publishes or utters blasphemous material shall be guilty of an offence. A conviction can lead to a fine of up to 25,000.

While being interviewed on The Meaning of Life TV programme, Fry was asked what he would say to God if he had a chance.

How dare you create a world in which there is such misery, Fry replied. Its not our fault? Its not right. Its utterly, utterly evil. Why should I respect a capricious, mean-minded, stupid god who creates a world which is so full of injustice and pain?

Fry said if he met the Greek gods he would accept them quicker because, they didnt present themselves as being all seeing, all wise, all beneficent.

Because the god who created this universe, if it was created by God, is quite clearly a maniac, an utter maniac, totally selfish. We have to spend our lives on our knees thanking him. What kind of god would do that?

A clip of the interview on YouTube has been viewed more than seven million times.

A member of the public, who asked not to be identified, said he made the complaint against Fry more than two years ago at Ennis garda station in County Clare.

I told the Garda I wanted to report Fry for uttering blasphemy and RT for publishing/broadcasting it and that I believed these were criminal offences under the Defamation Act 2009.

He said he was asked by the garda if he had been personally offended by the programme and if he wished to include this in the written statement.

I told the garda that I did not want to include this as I had not personally been offended by Frys comments I added that I simply believed that the comments made by Fry on RT were criminal blasphemy and that I was doing my civic duty by reporting a crime.

After hearing nothing for 18 months, the complainant wrote to the head of the Irish police, Commissioner Noirn OSullivan, asking if the crime I reported was being followed up. A few weeks later I got a standard we have received your letter from her secretary.

But recently the man was contacted by a detective from Donnybrook garda station in Dublin (the same suburb where RT is headquartered) to say they were looking into the blasphemy claim. He said he might have to meet me to take a new more detailed statement.

At the time of the initial broadcast, Fry spoke about the matter on BBC Radio 4s Today Show. I was astonished that it caused so viral an explosion on Twitter and elsewhere. Im most pleased that its got people talking, he said.

I was merely saying things that many finer heads than mine have said for hundreds of years, as far back as the Greeks … I never wished to offend anybody who is individually devout or pious, and indeed many Christians have been in touch with me to say that they are very glad that things should be talked about.

The host of the The Meaning Of Life programme, Gay Byrne, said Of course [ Fry] hadnt wished to cause offence. But thats what the internet is for, controversy, debate and peoples opinions.